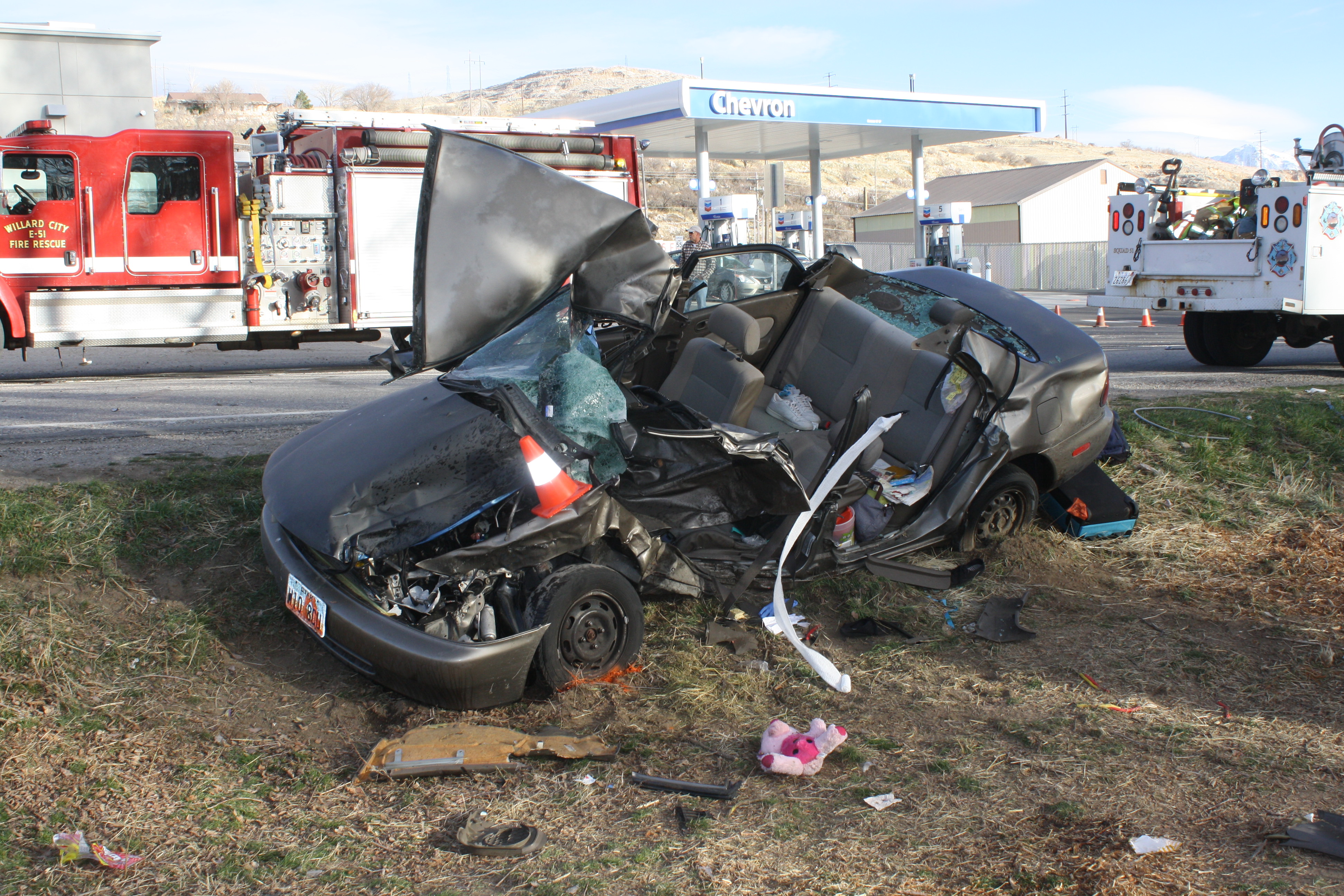 BOX ELDER COUNTY, Utah — A man and a pregnant woman were taken to hospitals in extremely critical condition after a crash on SR-89 in the South Willard area Saturday.

According to the Utah Highway Patrol, the crash occurred around 3:30 p.m. in the South Willard area of Box Elder County.

Police say the crash involved a Mazda Protege driven by a 21-year-old woman, who told responders she is in her first trimester of pregnancy. The vehicle was also carrying a 20-year-old male passenger.

The car stopped at a stop sign while traveling eastbound on 8700 South and then pulled out in front of a Dodge Ram traveling southbound on SR-89, according to UHP.

The truck hit the Mazda on the driver’s side door, causing the car to spin off the roadway to the right.

The driver of the pickup truck was not injured.

The driver was taken to McKay Dee Hospital via medical helicopter while the male passenger was taken to Ogden Regional Medical Hospital by ambulance. Both are listed in extremely critical condition.