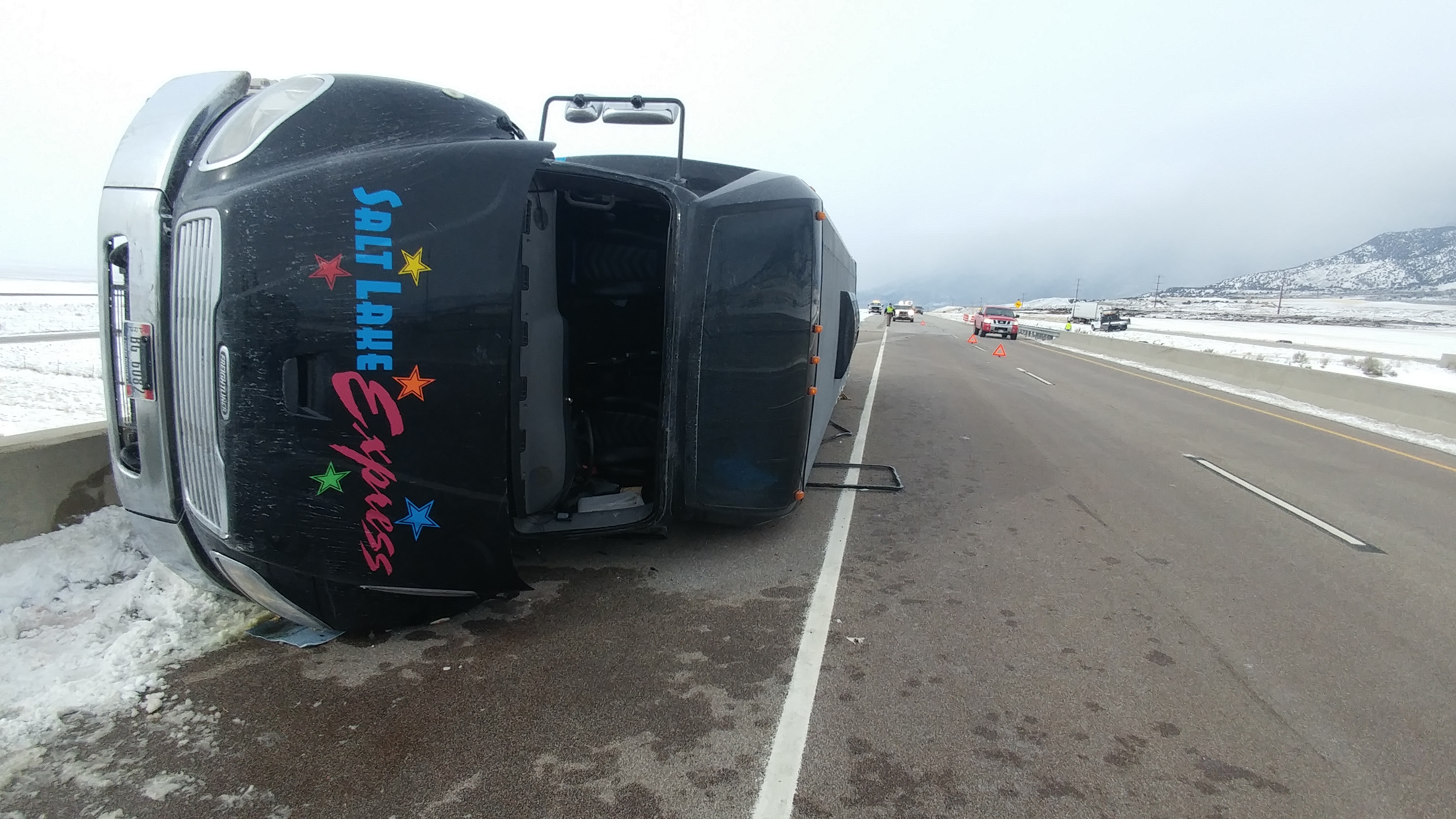 PLYMOUTH, Utah — One person was injured Saturday afternoon after a shuttle bus struck a guardrail and tipped over on I-15.

Trooper Jared Cornia with the Utah Highway Patrol tells Fox 13 the crash occurred at 1:58 p.m. on I-15 near the exit at milepost 393, just north of the town of Plymouth.

There were six passengers and a driver inside, UHP said.  One woman suffered non life-threatening injuries and was briefly stuck in the bus, as her injuries prevented her from exiting the vehicle. There were no other injuries reported.

The bus crashed into a guardrail, and the impact ripped out 250 feet of cable barrier in the median. The bus also did damage to a concrete barrier as it slid to a stop.

“If it wouldn’t have been for that guardrail they would have gone right between the two bridge decks, and it would have been a much worse casualty,” Sgt. Brian Nelson of the Utah Highway Patrol said.

Nelson said after speaking with witnesses and passengers they believe fatigue was a contributing factor in the crash.

“If anybody gets drowsy, pull over and take a rest,” Nelson said. “Find a safe spot off an exit, take a rest, rejuvenate and then get back on the road.”

The Salt Lake Express bus was headed to Salt Lake City International Airport. Troopers say they aren’t sure exactly where the bus departed from but said the shuttle company in question often transports passengers from towns in southern Idaho to Salt Lake City.