CENTERVILLE, Utah -- Two people have been confirmed dead after a Wednesday wrong-way crash on Legacy Parkway.

The crash occurred on northbound Legacy Parkway in Centerville near Glover's Lane just after 1 p.m., the crash disrupted northbound traffic for several hours as crews responded.

Lt. Mike McKay of the Utah Highway Patrol said things began when they received a report of a wrong-way driver on State Route 89.

“We dispatched officers to the location, and shortly after that we had a crash that happened here on Legacy [Parkway], near Glover’s Lane," McKay said.

McKay said they aren't sure exactly how fast the cars were going, but he said they expect they were going at least 60 mph.

Police said a 91-year-old man was driving a Volvo southbound in the northbound lanes. A Chrysler that was travelling northbound then collided with the Volvo head-on.

Utah Highway Patrol has now confirmed this crash was fatal for both the driver of the Volvo, identified as Donald R. Egginton of Bountiful, as well as the passenger of the Chrysler, identified as 36-year-old, Epenesa Aetonu from Tafuna.

The driver of the Chrysler is expected to survive, according to UHP.

Troopers still are not sure why the man was driving against traffic, UHP said the investigation is on-going. 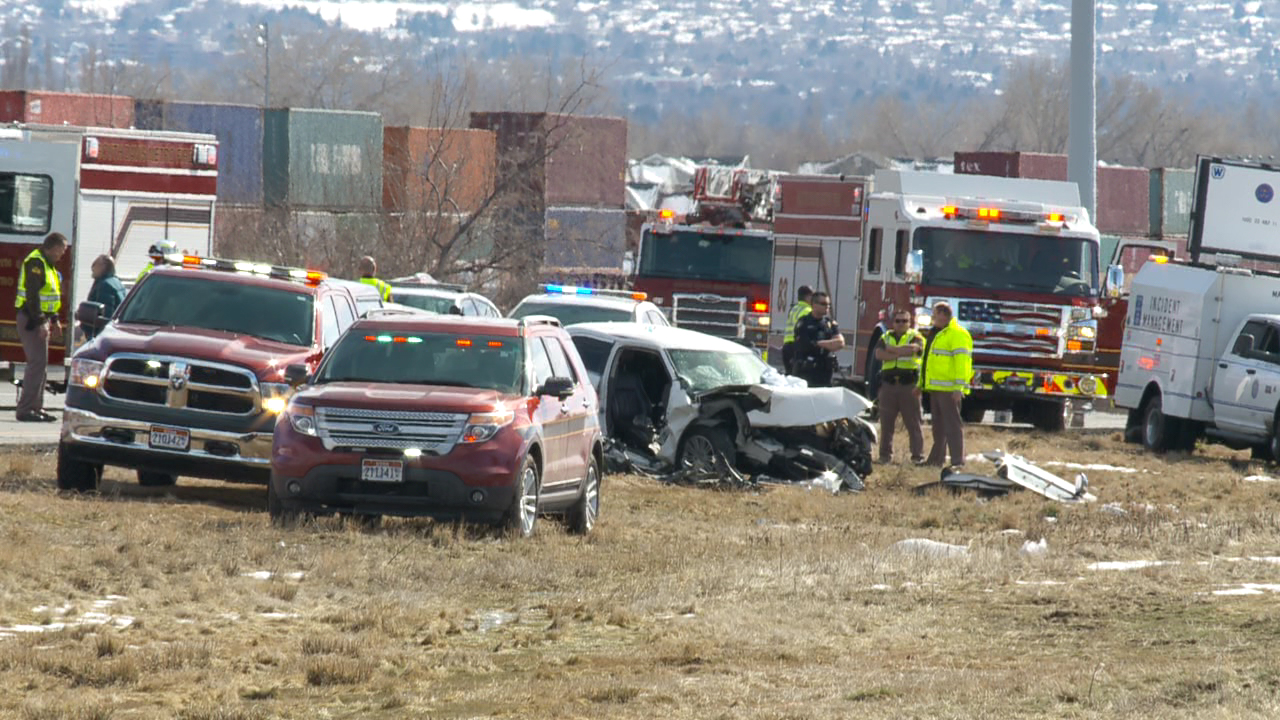