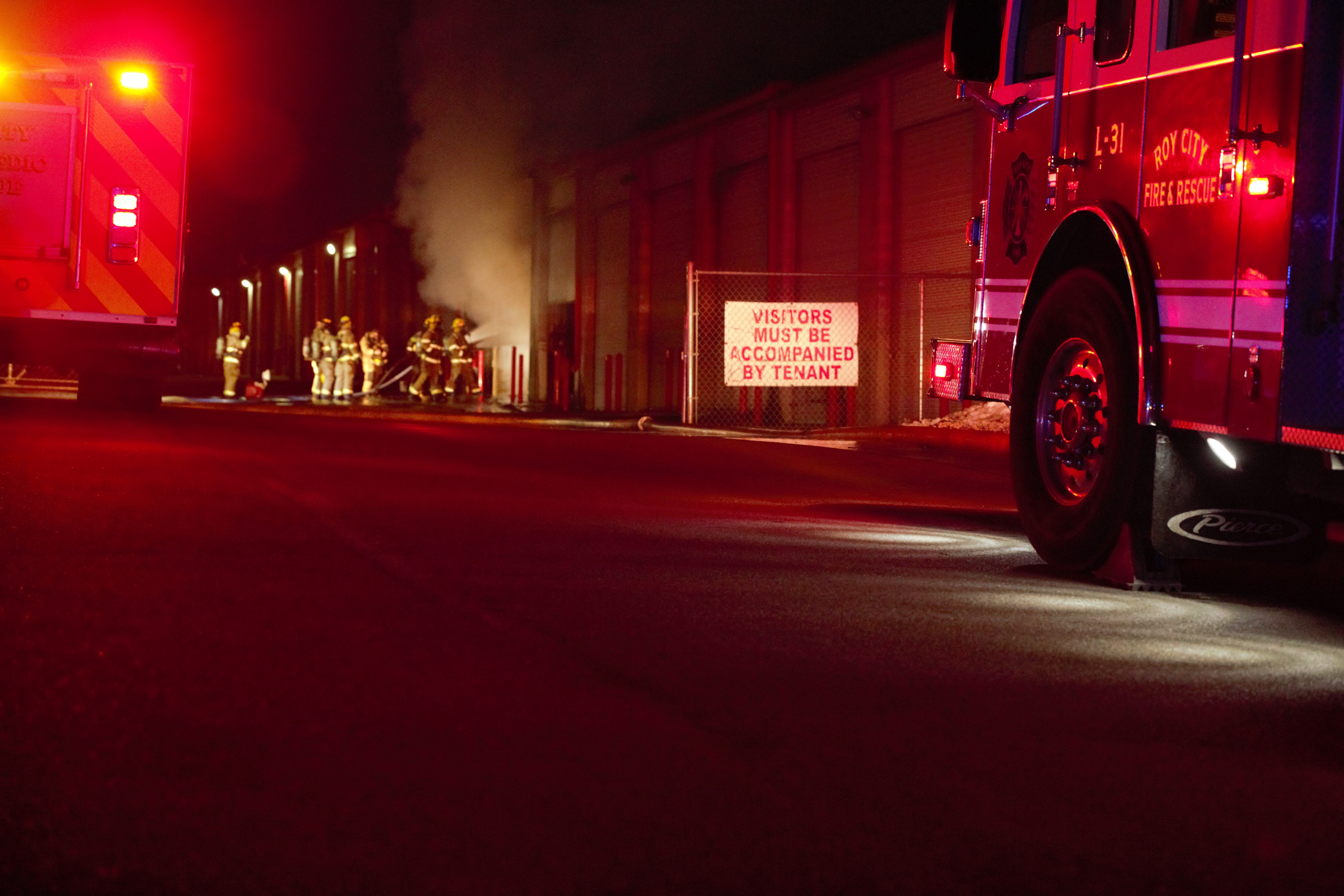 OGDEN, Utah — Fire crews extinguished a blaze that broke out in a storage unit in Ogden Thursday night.

Seventeen firefighters from the Ogden and Roy Fire Departments responded to the fire at 1355 West 3300 South around 6:37 p.m.

The fire was extinguished in about 30 minutes, though crews reported a partial collapse of the roof on the unit. Fire crews also put out several small fires “associated with a vehicle inside the unit.”