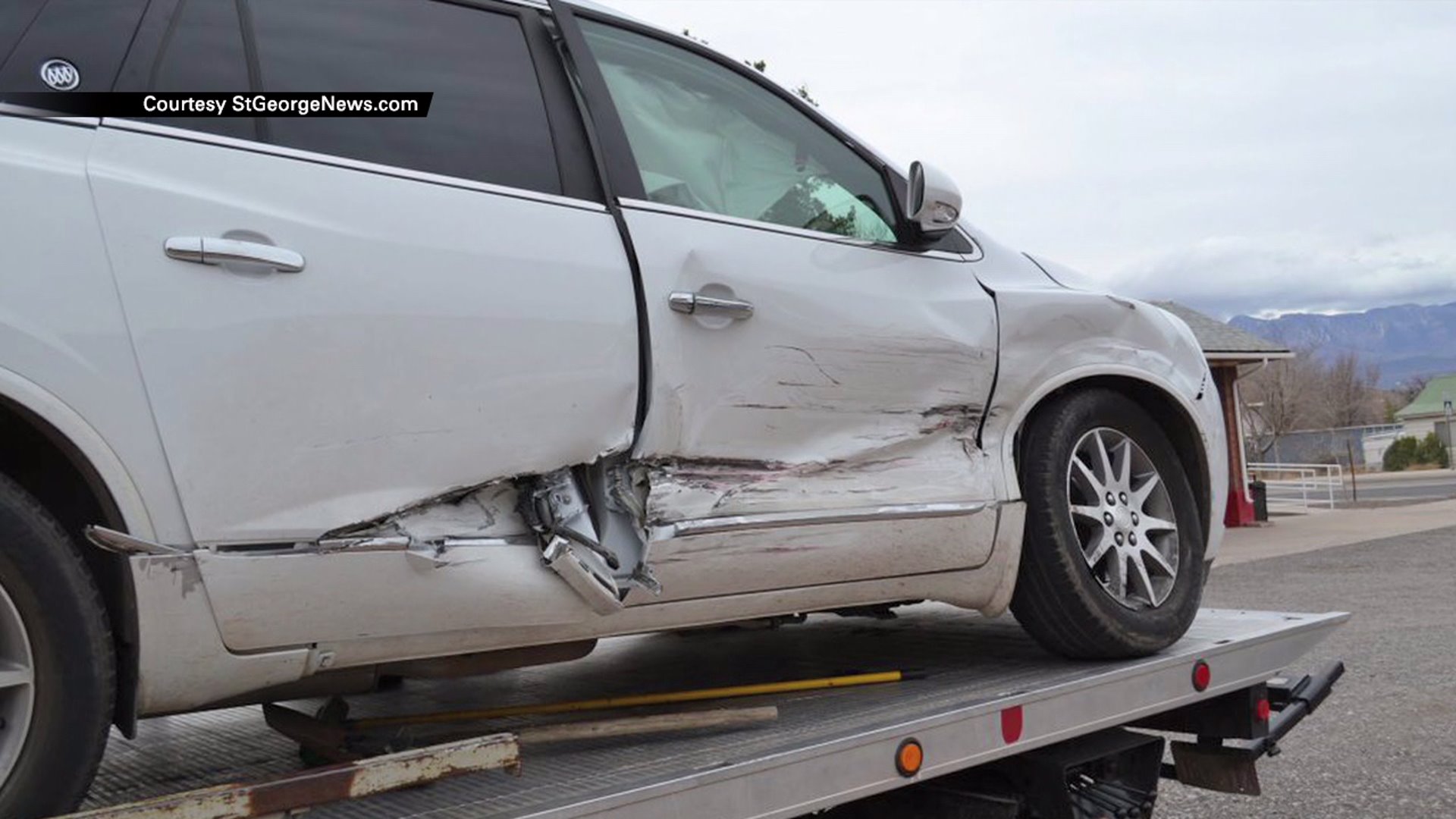 HURRICANE, Utah – A 23-year-old unlicensed driver is accused of not stopping at a stop sign and causing a 3-car crash in Hurricane.

The St. George News reports the wreck took place Saturday just before 4 p.m. in the intersection of State Street and 100 East.

The woman was driving a 2007 maroon Mazda CX-7 when police say she failed to stop at the sign and attempted to make a left turn onto westbound SR-9.

She collided with a white 2016 Buick Enclave and a blue 2016 Chevrolet Sonic.

Everyone involved in the crash was wearing a seat belt. There were some minor injuries but no one was taken to a hospital.

The woman police say caused the crash was cited for failing to stop at a stop sign and for never obtaining a driver’s license.