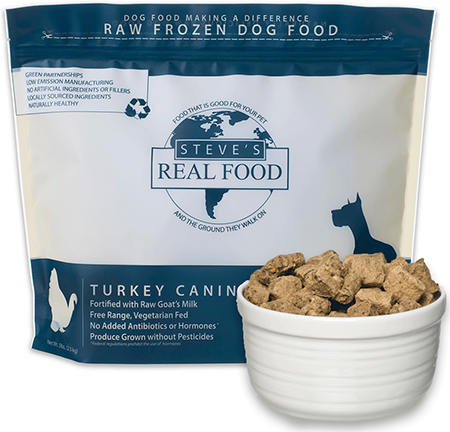 The company announced Monday it is recalling one lot of five-pound bags of Raw Frozen Dog Food Turkey Canine Recipe.

The potentially affected lot of frozen turkey nuggets was distributed to retail pet stores in 20 states including Utah.

If you have any of dog food from that lot, you’re asked to return it to the retailer where it was purchased for a full refund.

No pet or consumer illnesses from this product have been reported, but if your pet has eaten some of the food and has appeared lethargic and suffered bouts of vomiting or diarrhea, please contact your veterinarian.

Raw pet food uses the same raw meats that are sold in the grocery store. The USDA allows a percentage of those meats to contain bacteria, therefore, the meats we receive often contains bacteria. We do not sterilize the meat because our pets are able to tolerate it without getting sick and adding a serialization process increases the cost and decreases the quality of the food. The problem is that the FDA has a zero tolerance for bacteria and that is why there are recalls on raw pet food.

We recalled Lot E178, however, there was no food still in distribution and no reports of pets or humans getting sick.