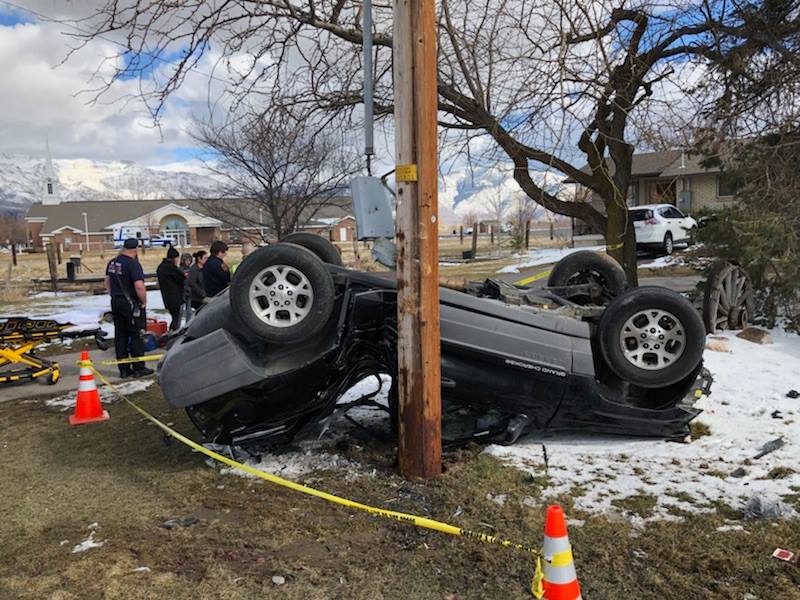 FARR WEST, Utah – Two 16-year-old girls have minor injuries after their Jeep crashed into a utility pole in Farr West.

Investigators said the driver failed to navigate a curve; speed was a factor.

The driver was treated for a cut on her forehead and the passenger for a neck injury.

Both have been released from the hospital.