Retired Colonel Gail Halvorsen has two great-grandchildren attending the school. The 97-year-old told students how he dropped candy attached to parachutes into Germany during the Berlin Airlift after World War II.

Col. Halvorsen and his crew saw that after the war the children of Berlin had very little, and would often ask them for pieces of chewing gum or candy. After not having enough candy for each child one day, he promised that he would later have a treat for every one of the kids, and he would drop them off of a plane.

Halvorsen kept his promise. He and his crew gathered their spare candy one night and dropped the treats off of their C-54 cargo plane. The operation was later made official and was dubbed “Operation Little Vittles” in Sept. of 1948. Soon children and candy makers throughout the United States began contributing candy for the operation.

Halvorsen was awarded the Congressional Gold Medal in 2014 for his service.

“We thank Colonel Gail Halvorsen for his service to our country and for taking the time to come to Golden Fields Elementary to retell his story,” the Jordan School District wrote in a statement. 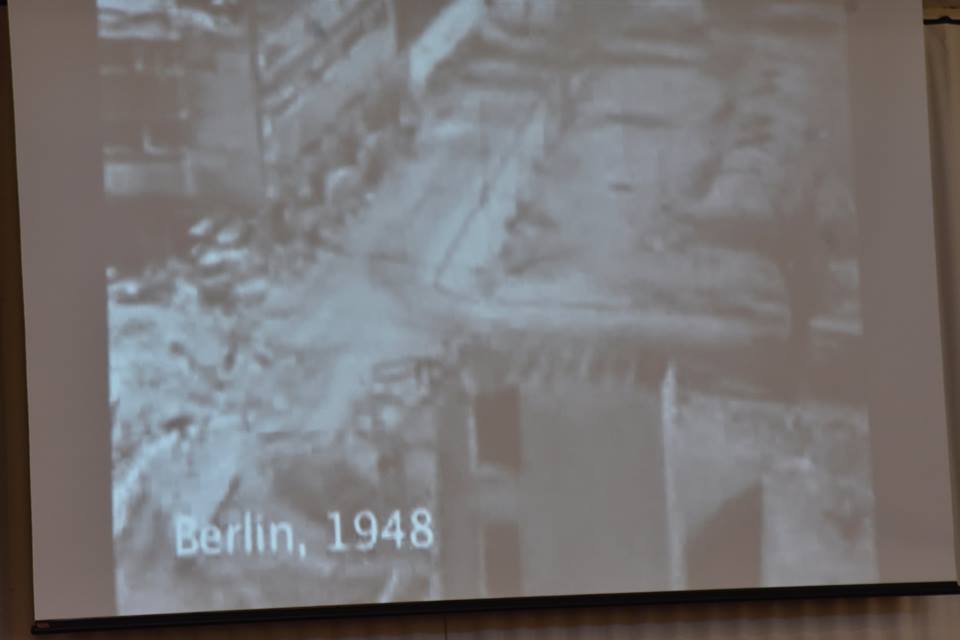