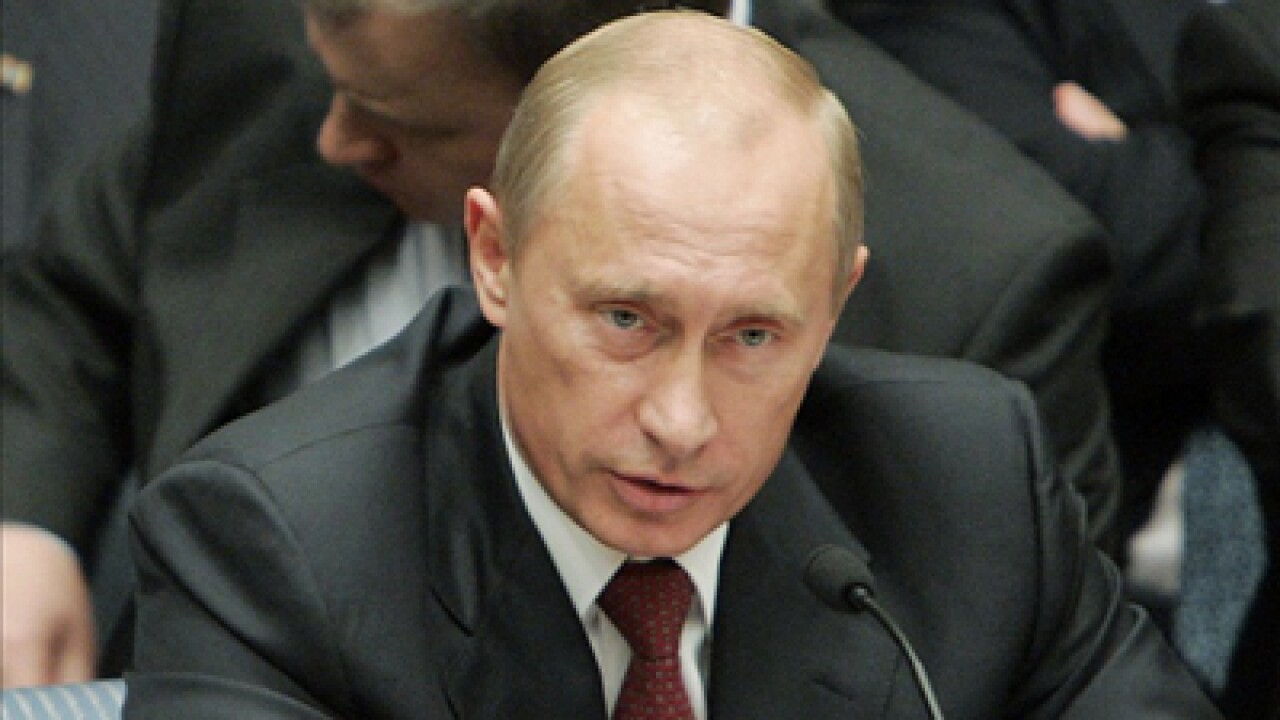 Polls in the country’s far east have already closed in an election involving 107.3 million voters eligible to cast ballots across the 11 time zones of the world’s biggest country.

Putin cast his vote in Moscow on Sunday morning. “I am sure of the correctness of the course that I propose for the country,” he said, according to state news agency RIA-Novosti.

In remote Chukotka, which has 33,208 eligible voters, officials reported over 76% turnout, RIA-Novosti said.

Around 97,000 polling stations have been opened across this vast country, according to the Central Election Commission. Russians have a choice of eight candidates, including the communist Pavel Grudinin, a fruit-farm millionaire and Ksenia Sobchak, the daughter of Putin’s political mentor.

The election is an enormous logistical undertaking for a vote that is essentially a one-sided affair. There is no meaningful opposition in the running, and Putin’s fiercest political opponent, Alexei Navalny, has been barred from competing. Despite a lackluster campaign period, the 65-year-old President is the clear front-runner.

Putin is seeking a fourth term as president and is already the country’s longest-serving leader since the Soviet dictator Joseph Stalin. A win would mean a Putin-led Russia until 2024, after which he is constitutionally obliged to stand down.

While the vote may seem like a repeat of the Putin-dominated 2012 election, this one is particularly charged with anti-Western sentiment. With few election-related events to report on, Russians are seeing more news of the country’s diplomatic crises with the UK and United States.

The Kremlin, however, is concerned about turnout. The uneventful campaign period and lack of competition have left some Russians uninspired. Navalny has called for a boycott of the election since he was squeezed out of the race.

A wave of anti-government protests in the past year also suggests growing fatigue with corruption scandals seeping through the Kremlin and Putin’s inner circle of oligarchs.

Nonetheless, Putin is genuinely a popular figure among many Russians, who see him as a strongman who lifted the country out of post-Soviet chaos to stability.

Great-grandmother Valentina Ivanova, 76, explained to CNN in Moscow why she was voting.

“It’s a holiday… one that’s important for me and my family and my country.”

“My country is getting stronger — its always been strong — and we approve of the direction it’s going in. But the most important thing is peace. We’re a peaceful people. We would like out grandchildren to have peace and an overall good quality of life. My family are internationalists.”

Polls in the past have also shown that Putin’s popularity rises during times of confrontation with the West, so Russians appear to be shrugging off the current diplomatic crises.

Russia-UK relations plunged into turmoil over the poisoning of a Russian ex-spy, his daughter and a police officer on British soil earlier this month. British Prime Minister Theresa May said it was “highly likely” the Kremlin was behind the attack, and both countries have expelled diplomats in an ongoing tit for tat.

Russia has also vowed to retaliate after the United States imposed new sanctions on the country this week over its reported cyberattacks and meddling in the 2016 presidential election. In both cases, Moscow has dismissed the accusations of involvement in the attacks.

But such conflict with international powers is unlikely to hurt Putin at home.

In fact, he may be banking on confrontation with international players this election. His United Russia party helped parliament move the date of the vote to the fourth anniversary of Russia’s annexation of Crimea from the Ukraine. Annexing the Crimean Peninsula in 2014 redefined Russia’s role on the world stage and marked the beginning of new, heightened tensions with Western powers.

Voters in Sevastopol, Crimea were given a medal engraved “With Russia forever,” RIA-Novosti reported, to commemorate the 2014 independence referendum, considered illegitimate by Ukraine, the US and its European allies.

The elections in Crimea are being monitored by 3,600 officially accredited Russian observers, as well as some international ones from France, Norway, Finland, Denmark, Great Britain, Spain, Italy, Germany, Israel, Sweden, Ukraine and Cyprus.

Only diplomats vote in Ukraine

In a sign of continued tension between Kiev and Moscow, Ukraine said Sunday it would not allow Russians in the country to vote at Russian consulates, according to a statement from the government information agency, Ukrinform.

The statement said only diplomats would have access to Russian diplomatic institutions on Ukrainian territory during the vote “in order to avoid provocations and possible grave consequences.” Russian diplomatic buildings in Ukraine would be heavily guarded by Ukrainian police, it added.

Another Russian Presidential candidate is the ultra-nationalist Vladimir Zhirinovsky, leader of the Liberal Democratic Party of Russia.

“These are elections of the supreme ruler not only of Russia, but of the entire Planet Earth,” he said after having cast his vote in Moscow.

“Everyone should know that no one will do anything without Russia’s participation, and we would like everyone to understand that we are choosing the leader of Planet Earth, the leader of the seven billion citizens of the planet for whom we want to provide real peace, and not what they are doing from London, and other capitals. I would very much like everyone around the world to hear the ringing of the Kremlin clock bells every day and for everyone to know the Russian language very well,” he said.