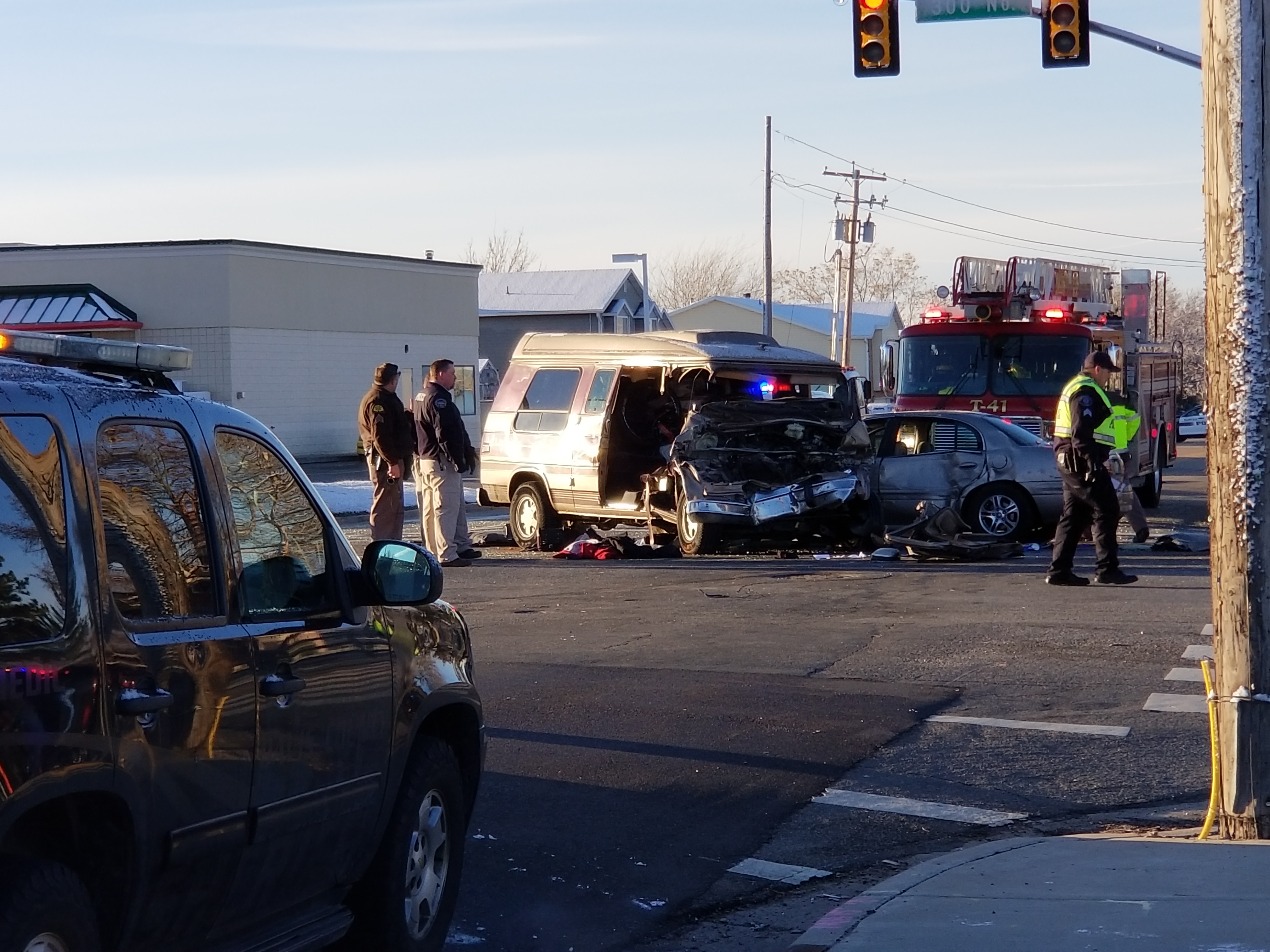 CLEARFIELD, Utah – Authorities are investigating what led to a crash in Clearfield near 300 N. 1000 W.  Monday morning.

The van collided with a 1999 white GMC Sierra flatbed truck in the intersection.

The man driving the truck then hit a woman driving a 2012 red Honda Civic.

Police said four people were in the stolen van when it crashed; a woman was driving with a man in the front passenger seat and a man and woman in the back.

The man and woman in the front of the van went to the hospital in critical condition.

The woman in the back of the van went to the hospital for non-life-threatening injuries.

Police arrested the man in the back of the van for a parole violation.

The man driving the Buick LeSabre went to the hospital with non-life-threatening injuries.

The drivers of the Honda and the GMC Sierra were treated for minor injuries at the scene.

The Utah Highway Patrol is investigating.

Authorities have not said what charges, if any, those in the van may be facing.