Please allow a moment for the video below to load:

MURRAY, Utah - Dispatch confirmed that crews were responding to a two-alarm structure fire in Murray near 5500 S and 300 W.

According to Mike Dykman, Assistant Chief with Murray City Fire, calls about a fire came into dispatch around 3:50 p.m. Monday.

The incident occurred at a building that housed storage units, Dykman said. About 20 units were affected.

According to Dykman, one civilian who was working near the business was taken to the hospital after suffering minor smoke inhalation.

The fire is still under investigation.

Dykman told Fox 13 that a couple individuals left the storage units right before the fire started. Fire investigators expressed interest in speaking with them. 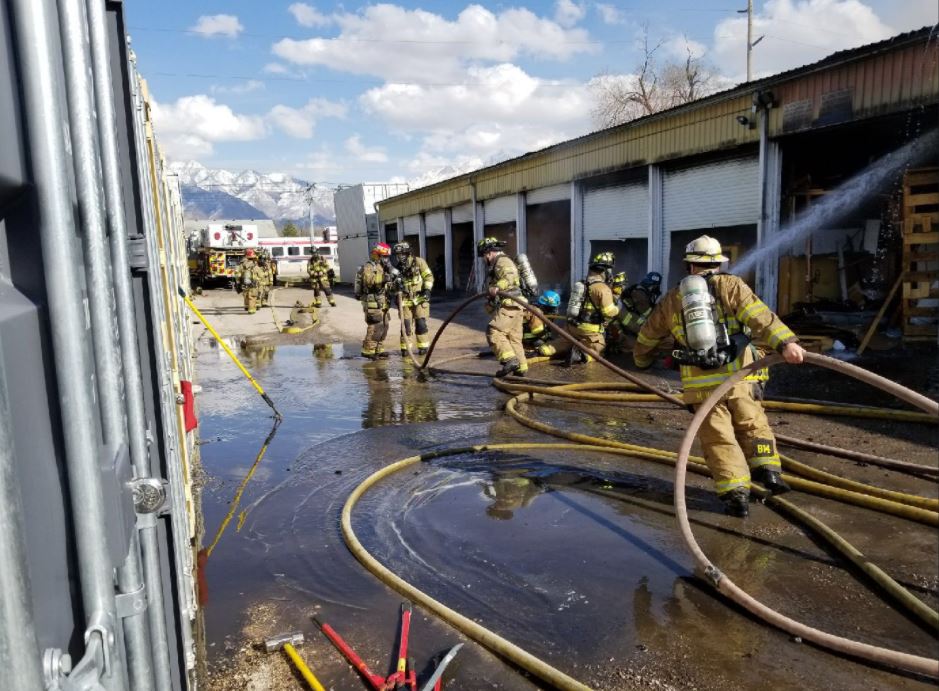