OGDEN, Utah – A fifteen-year-old male is facing charges in Ogden after police say he ran into a vehicle, broke into a home, and started a fight.

Due to his age, police did not release the juvenile’s name.

According to Lt. Christiansen with the Ogden Police Department, the teen was speeding near the 2800 block of Jackson Avenue early Sunday morning and allegedly ran into a jeep that was attempting to get out of his way.

The suspect then ran into an additional car that was severely damaged, Christiansen said.

After getting into a wreck, the teen allegedly broke into a home, fought the homeowner, and threatened to kill him.

Ogden police entered the home as the two individuals were fighting.

The suspect sustained injuries from both the accident and the fight.

According to Christiansen, the juvenile was facing charges of aggravated assault, burglary, assault on a police officer, DUI, and hit and run. 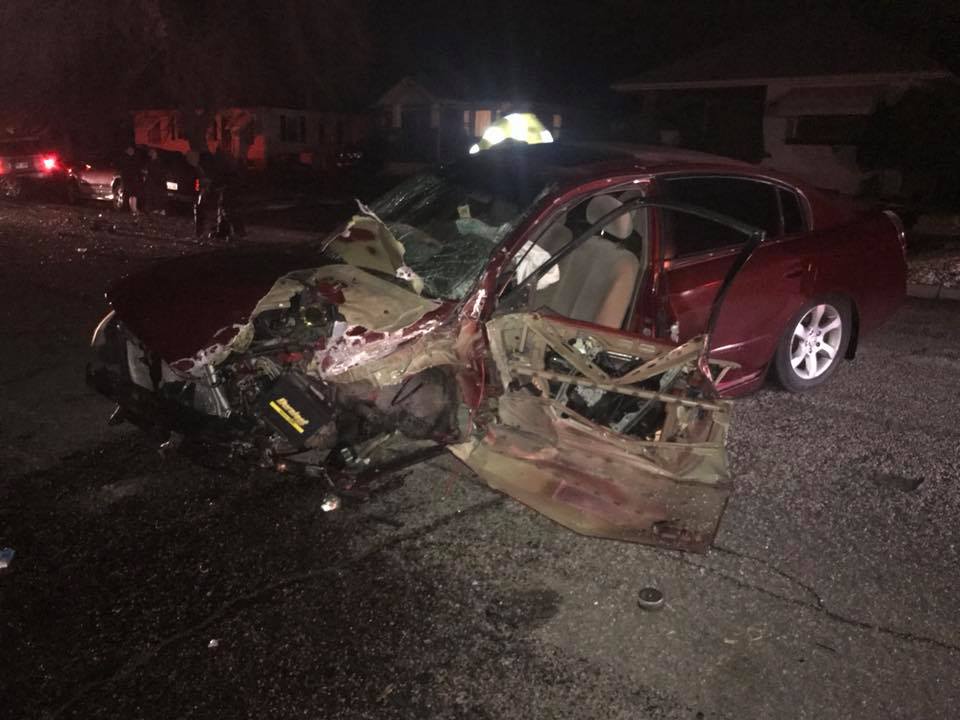