WEBER COUNTY, Utah — Search and rescue crews assisted by LifeFlight rescued a hiker with a severe injury in the Jumpoff Canyon area near Ogden Saturday night.

The Weber County Sheriff’s Office said they were called about the injured hiker around 6:15 p.m. after someone heard the 20-year-old man calling for help.

“He had been climbing up in some of the large boulders and rocks, as he was trying to come back down he lost his footing and best we can guess he fell approximately 25 feet,” said Lt. Brandon Toll.

The man suffered a compound leg fracture, and rescuers say another individual hiking in the area likely saved the injured man’s life.

“He heard the screaming, he literally—if he hadn’t been in this area—the outcome probably would have been fatal,” Toll said. “This 20-year-old was clinging on for life.”

Sunday, Weber County Search and Rescue stated that LifeFlight had retrieved the patient and flown him to a hospital just before midnight on Saturday. Weber County S&R was joined by Ogden Fire and EMS, Heavy Rescue, Intermountain LifeFlight and a Utah Department of Public Safety helicopter.

“We had LifeFlight staged up the hill as close as we could get them up on a canal road, and the DPS helicopter basically lowered the individual down to where the LifeFlight helicopter was staged,” Toll said.

Jumpoff Canyon is a popular hiking trail in the Ogden area. 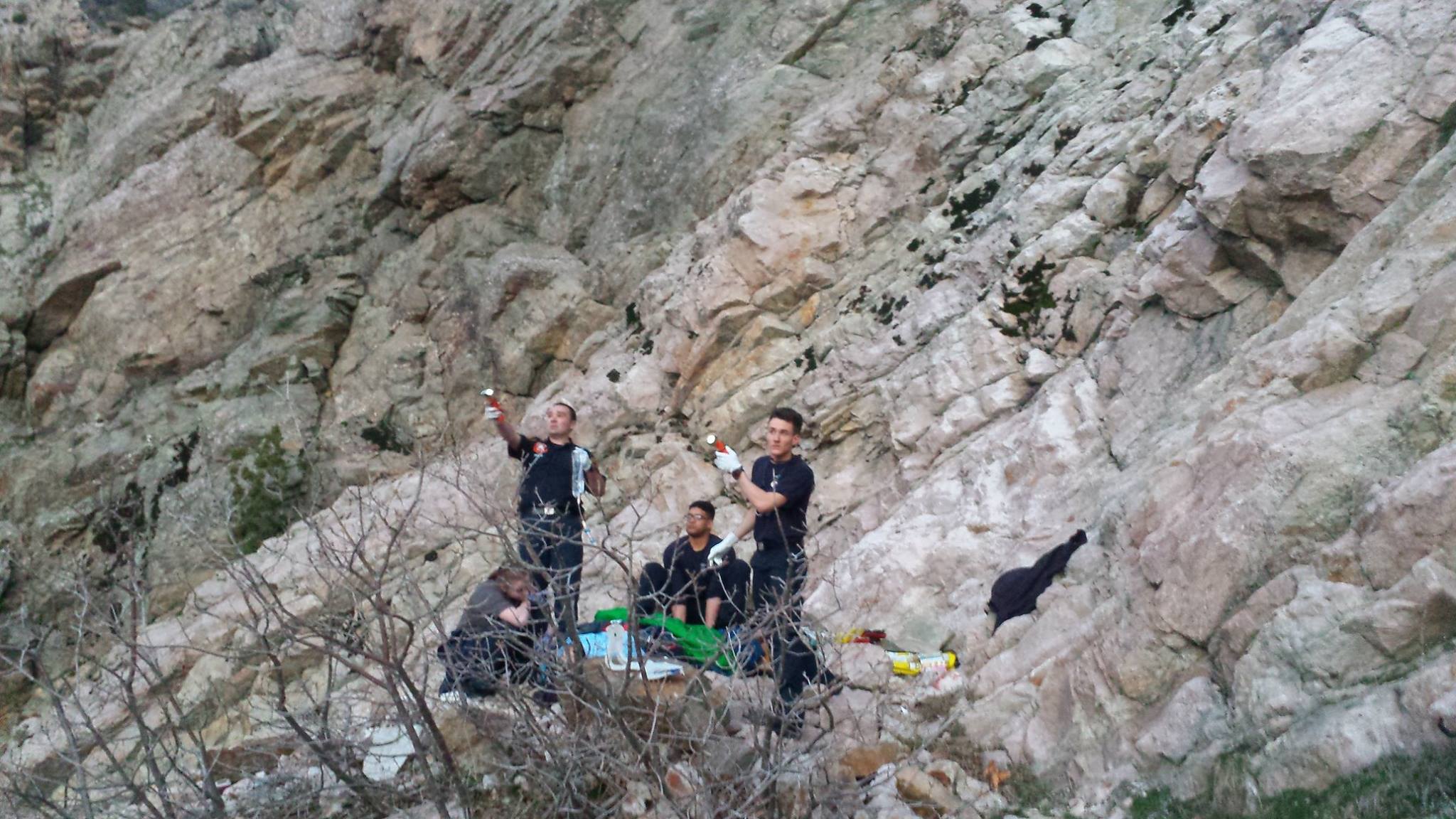