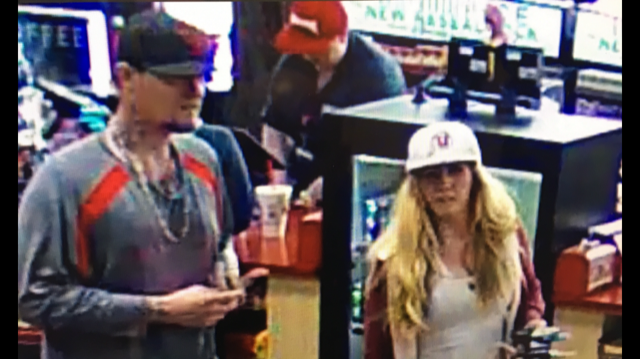 Police say the couple smashed the window of a car in the parking lot of a shopping center in Logan around 3:30 p.m. on March 19 and stole a purse sitting on the seat inside the car.

The pair then drove to the Wellsville Welcome Mart and made several purchases using credit cards stolen from the purse.

“The deplorable couple then drove to Hyrum where they purchased more items at Ridleys,” Logan Police stated.

Later that afternoon they made more purchases in Salt Lake City using the stolen cards.

Police ask anyone with information about the theft or who can identify the couple or their vehicle to contact Logan Police. Non-emergency dispatch for Cache County can be reached at 435-753-7555.