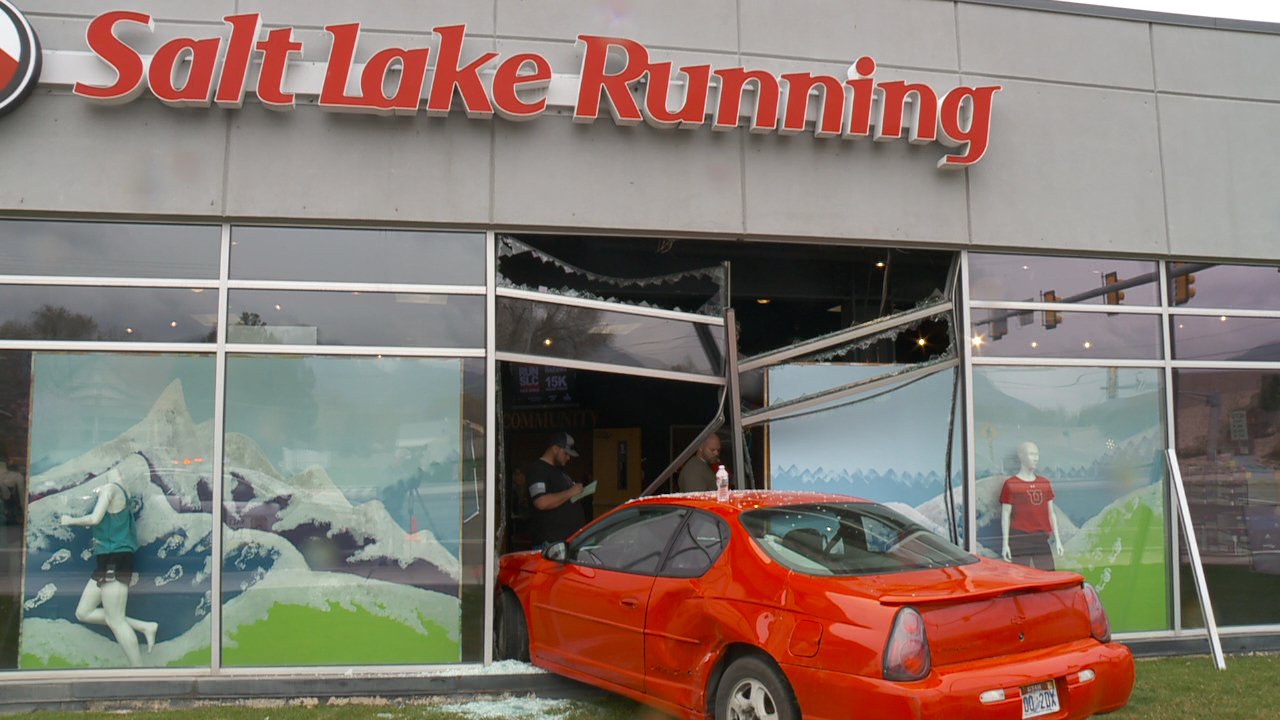 SALT LAKE CITY — A vehicle smashed through the glass at Salt Lake Running Company Friday, and police say the driver was going too fast for the wet weather.

The crash occurred as a red passenger vehicle exited I-80 at 700 East, then struck another car traveling southbound on 700 East.

The car veered to the right and crashed into Salt Lake Running Company, 2454 South 700 East.

Salt Lake City Police said there were no injuries, but it was quite a surprise for those inside the store.

“It looked like an aquarium exploded,” said Lee Sackett, who is in town for a race and was working at the store for the day.

“I’m out of Portland and Seattle before that, and this is my first time in Salt Lake in a long time, so I was like: this trip’s wild,” Sackett said. “Wild trip, man.”

The crash caused significant damage to the store.

Police say the red car had some “very bald” tires and was going too fast for the wet road conditions.

“We’d just like to remind everybody to slow down out there,” said Det. Greg Wilking, SLC PD. “When the roads get wet, it gets slick.”