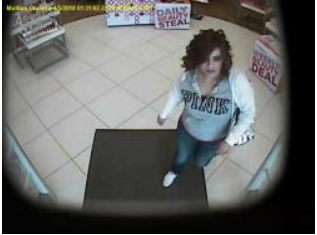 LOGAN, Utah – Police are asking for the public’s help identifying suspects accused of theft in Logan.

Authorities said two people are accused of stealing $1,000 of merchandise from at least two stores in the Logan area.

Police a third person may have been with the pair during the alleged theft.

Witnesses described the third person as a bald middle-aged, heavyset man with tattoos on his knuckles.