PROVO, Utah – The Provo Police Department posted photos of a theft suspect Monday in hopes the public could assist in identifying him.

According to a tweet made by the department, the suspect was wanted for theft at a local Dillard’s store. 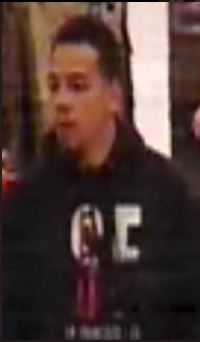 Anyone with information on the suspect can contact Detective D. Stowe with the Provo Police Department at 801-852-6343.