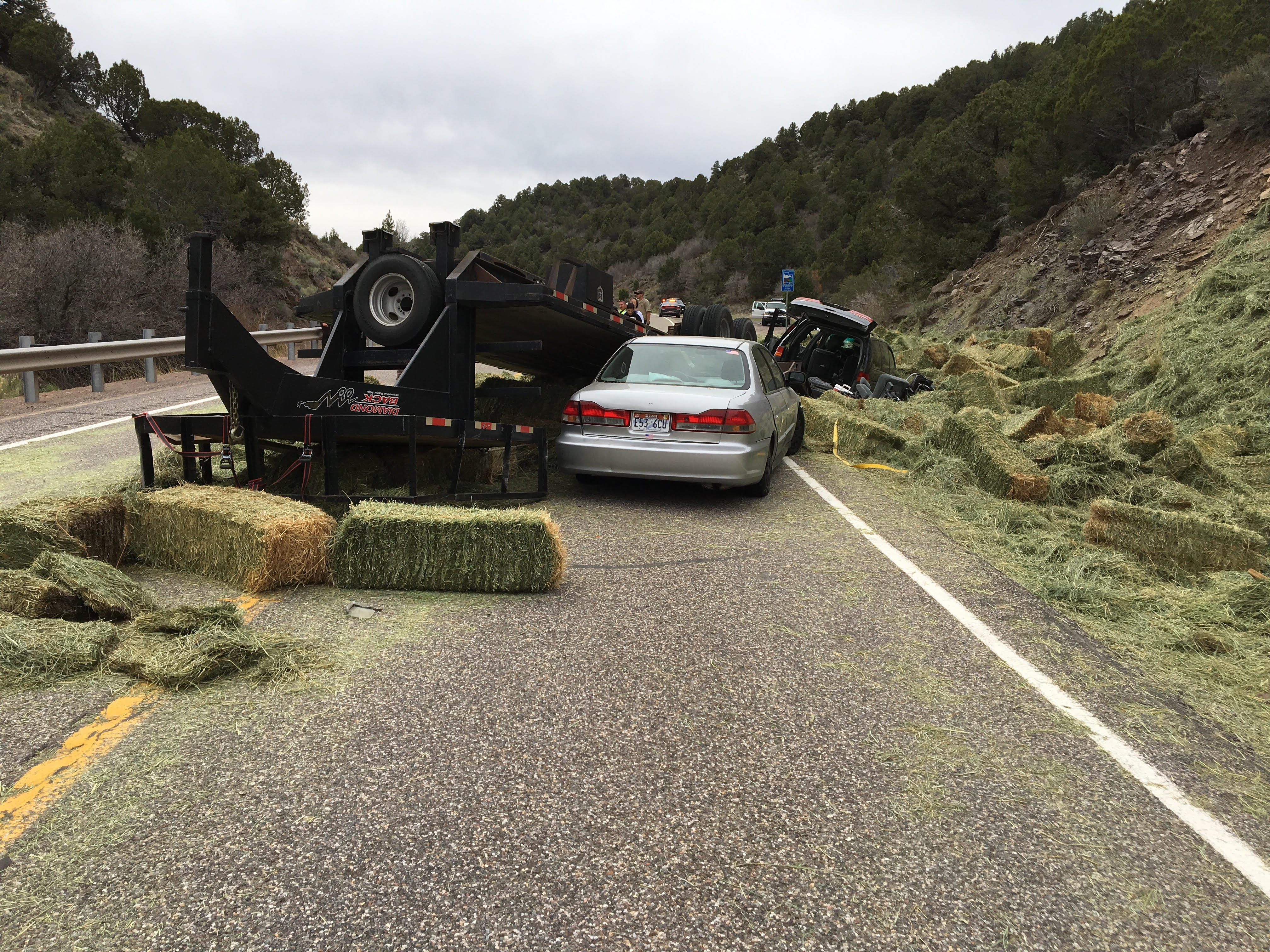 According to the Utah Highway Patrol, the crash occurred around 10:30 a.m. on State Route 24 at mile post 19, near Sigurd, which is a small town in Sevier County.

Troopers say a northbound pickup with a fifth-wheel trailer was hauling hay but the load wasn’t sufficiently secured and began to shift and caused the trailer to tip and then roll.

The trailer impacted two southbound vehicles, each with four occupants inside. All eight were injured and were taken to hospitals.

Two of the eight people “who were most severely injured were later flown to trauma centers by medical helicopter,” according to UHP.  Specific details about the ages and conditions of the patients were not available.

The road was temporarily closed as crews responded to the injured and then cleaned up the scene.

“UHP would remind all drivers to properly secure all cargo being transported. It will never hurt to add an additional strap, tarp, or rope to be 100% certain the load will not shift or fall from the vehicle.

“For those who travel the area, the hay which has been scattered along the shoulder may attract feeding wildlife, such as deer or elk, until it is gone. Please use caution when traveling through the area.”