LOGAN, Utah – The Logan City Police Department announced it is seeking a suspect who allegedly left a salon without paying for her services.

Police said the woman went to the salon and received services, then when it was time to pay, she told staff members she would be right back. The suspect never returned.

Police are asking anyone with information on the suspect to contact Officer Johnson at 435-716-9465.

Surveillance stills of the suspect were provided by the Logan City Police Department: 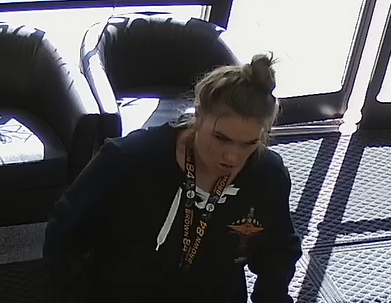