ST. GEORGE, Utah -- A man was arrested after a police chase and a crash on I-15 in southern Utah Wednesday, and authorities say he kidnapped his estranged wife and infant child.

Utah Highway Patrol says they were called around 3:30 p.m. Wednesday about a suspicious vehicle traveling southbound on I-15 near milepost 40 near Cedar City, with the caller reporting that a female passenger inside a black Chevy Tahoe appeared to be trying to wave down traffic for help.

The suspect vehicle collided with the semi while going about 40 mph and stopped. Dash cam footage released by authorities shows the crash.

Police arrested the male driver without incident and found a female passenger inside and a female infant properly restrained in a child car seat.

Authorities say the man was visiting Utah and took the family for a drive, but the woman realized something was wrong as the car reached Fillmore. Police say she begged the man to stop the car and let her out but he refused and kept going.

The driver has been identified as 36-year-old Luis Carlos Martinez-Ramirez. Police say he will be booked into Washington County Jail. He faces charges that include driving with a measurable amount of a controlled substance, reckless driving, evading police, two counts of reckless endangerment and two counts of kidnap.

The woman and her infant were released after being interviewed. Police say the woman suffered minor injuries but declined medical transport. 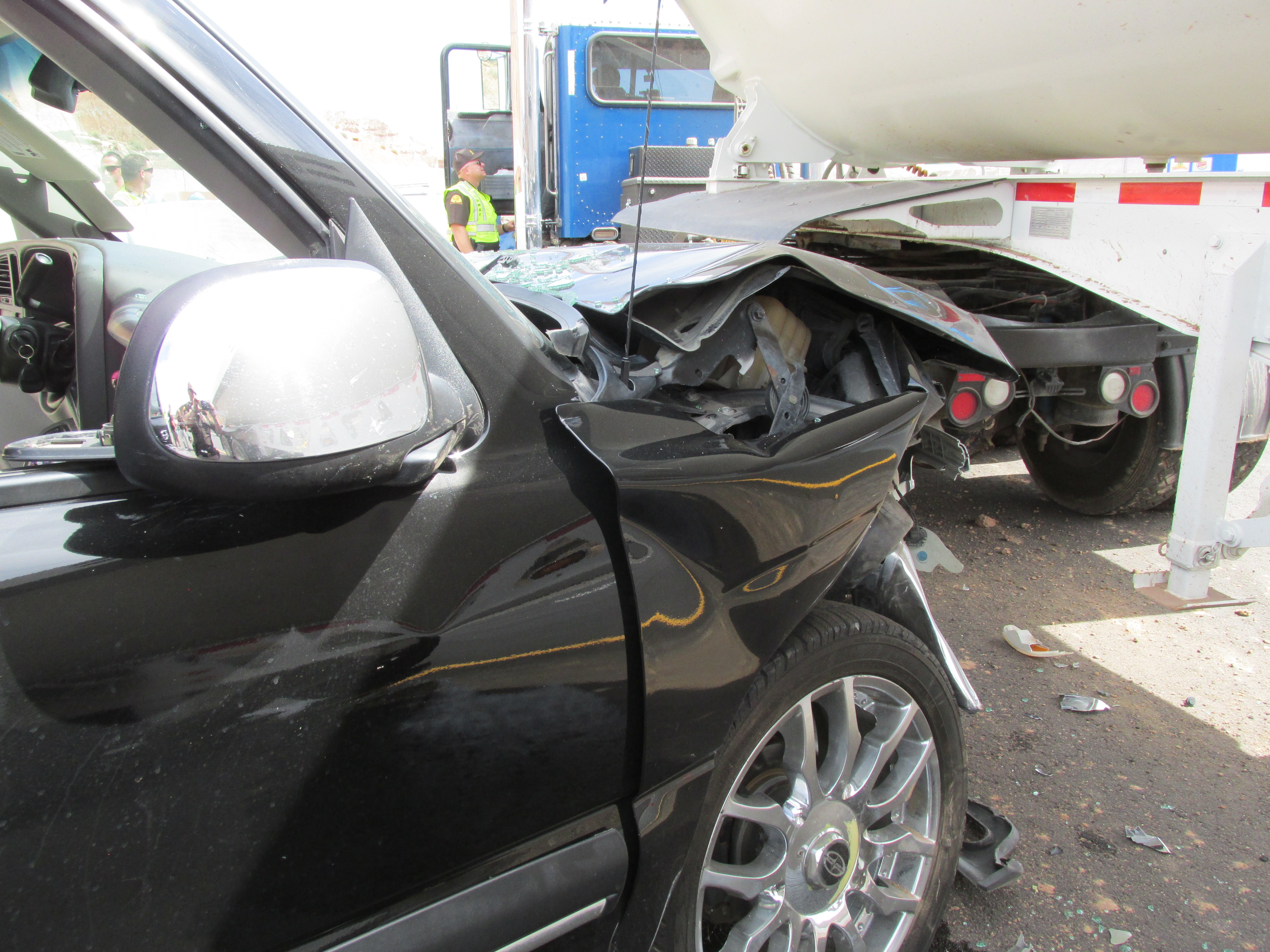