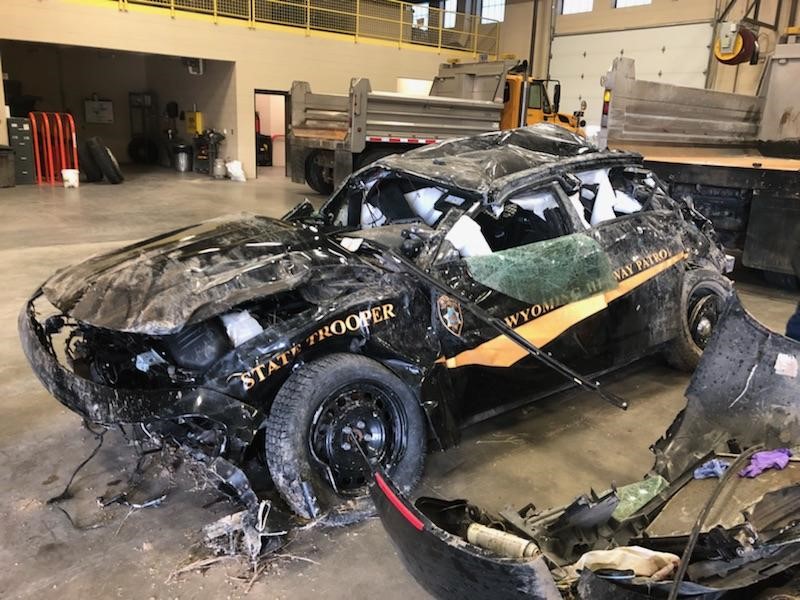 WYOMING — A Utah man was arrested and a Wyoming trooper was taken to a hospital after a high-speed chase Wednesday night.

Lt. Matt Arnell with the Wyoming Highway Patrol said the incident began around 10 p.m. Wednesday when a trooper noticed  a truck with equipment violations on I-80 between Bridger Valley and Evanston.

The trooper initiated a traffic stop but the driver of the truck fled and a pursuit began, reaching speeds of more than 100 mph.

Police from several agencies responded, and around 10:30 p.m. a Wyoming Highway Patrol officer rolled his vehicle several times down a ravine after trying to avoid a crash with the suspect.

Crews used the jaws of life to extricate the trooper, who was flown to University of Utah Hospital in Salt Lake City. The trooper’s injuries are not believed to be life-threatening and Arnell said the trooper would likely be released from the hospital Friday.

The suspect vehicle was eventually stopped through the use of spike strips, but the man fled on foot after the vehicle was disabled.

Arnell said the man pointed a gun at officers as he fled and fired several shots before he was subdued by SWAT personnel using non-lethal rounds.

The suspect was identified as 48-year-old Walter Allen Hill of Fruit Heights, Utah. He is facing charges that include felony fleeing, aggravated assault, interference with an arrest, and DUI.