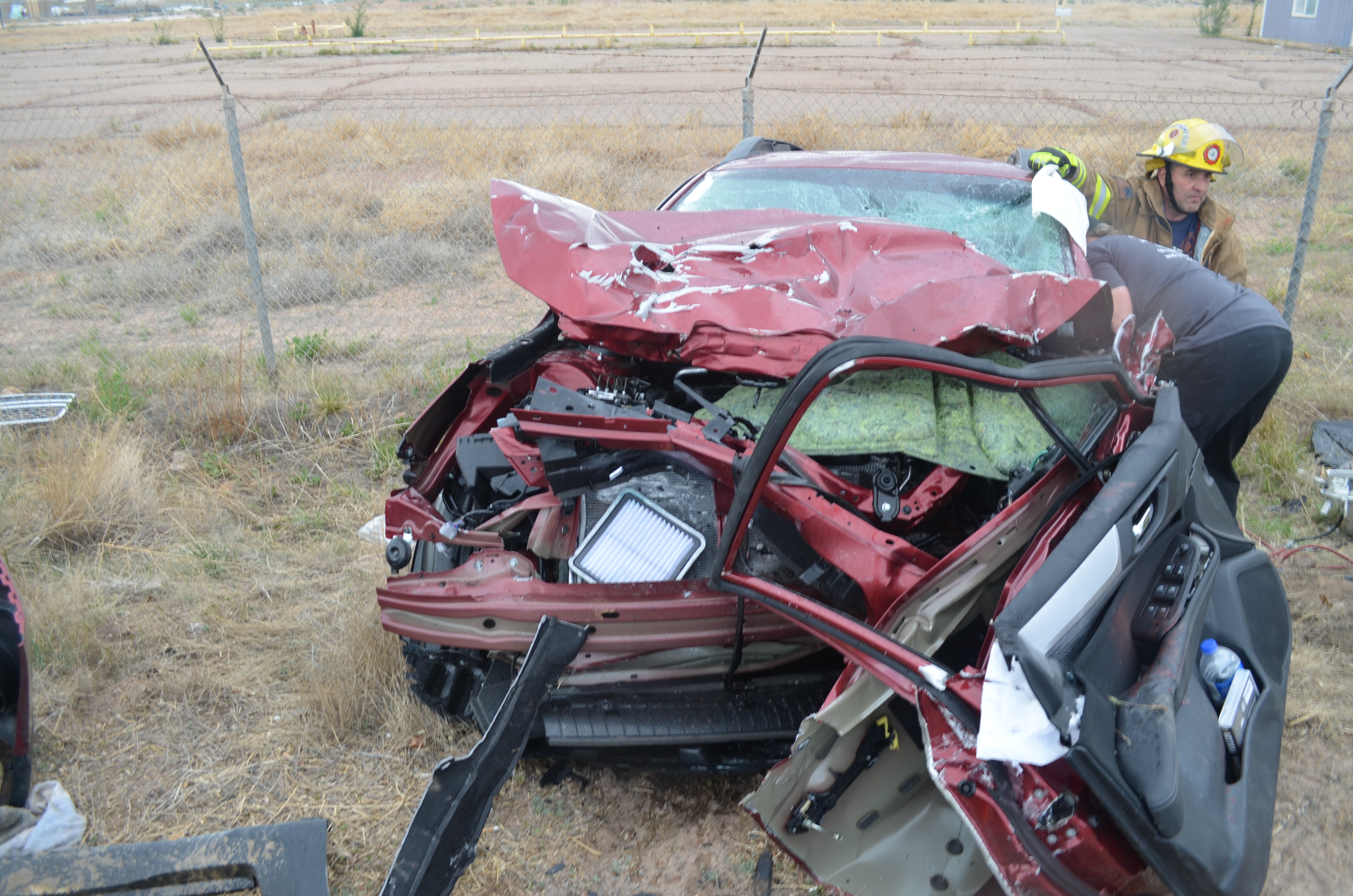 ROOSEVELT, Utah — Two adults were flown to hospitals and a young child suffered minor injuries after a crash in Roosevelt Saturday.

According to the Utah Highway Patrol, the crash occurred around 5:20 p.m. on US Route 40 near 1700 West in Roosevelt.

Police say 26-year-old Cameron Martinez of Roosevelt was traveling westbound on US 40 when his vehicle drifted off the road for an unknown reason, and Martinez over-corrected back to the left.

This caused the pickup truck to cross both westbound lanes and the multi-purpose lane and into the path of an eastbound passenger car, which struck the truck broadside in what troopers called a T-bone style impact.

Martinez was not wearing a seat belt and was ejected from truck and hit the front windshield of the passenger car before landing in the roadway. He was flown to a hospital in extremely critical condition.

The driver in the passenger car was pinned in the vehicle after the crash and had to be extricated. She was flown to a hospital in poor condition.

A 4-year-old riding as a passenger in Martinez’s truck was properly restrained in a child seat and suffered only minor injuries.

Police say excessive speed on Martinez’s part may have contributed to the crash.