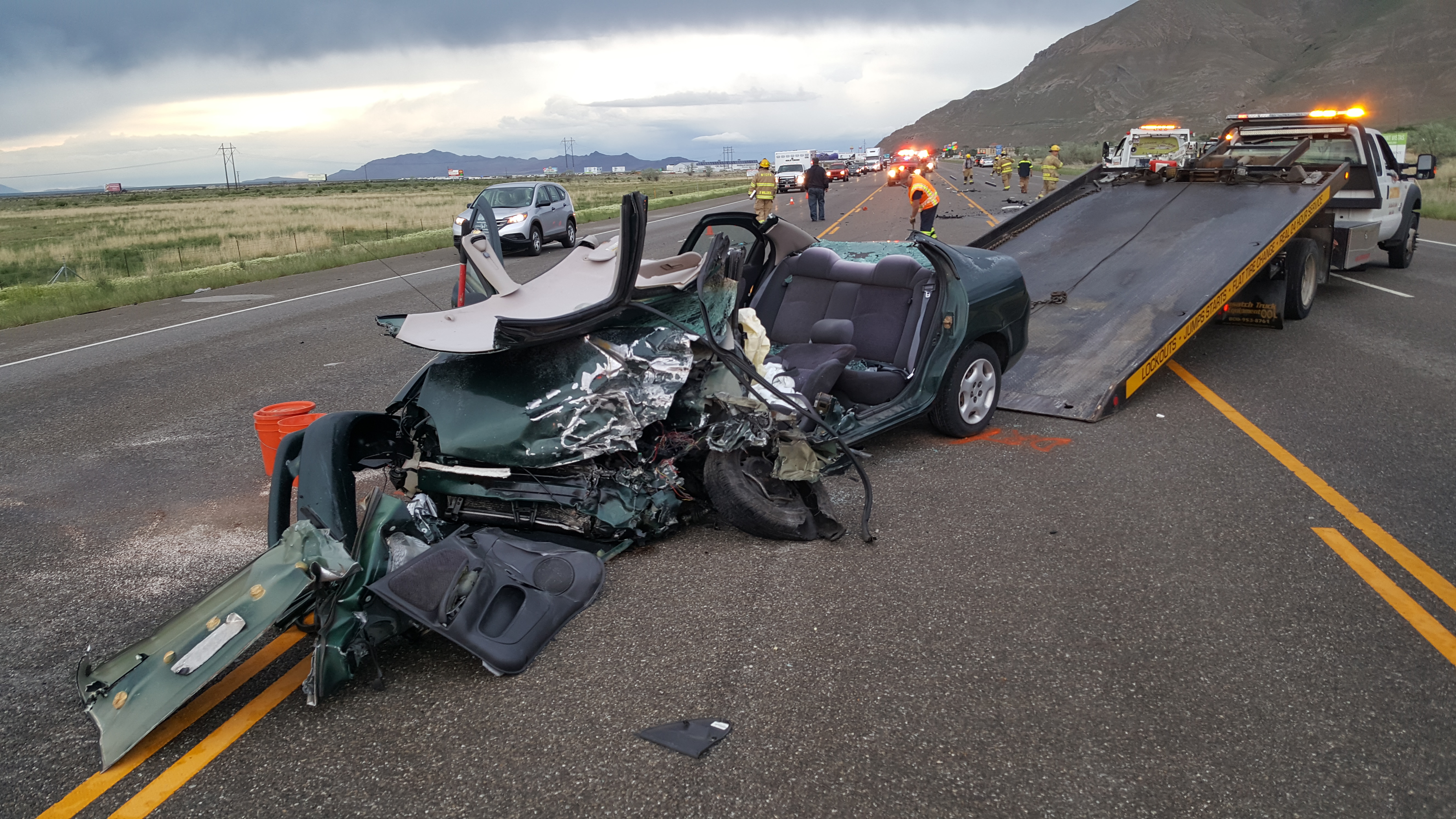 TOOELE COUNTY, Utah — One person is in critical condition and two others are in poor condition after a five-vehicle crash in Tooele County, and State Route 36 was temporarily closed near milepost 63.

According to the Utah Highway Patrol, a passenger car in the southbound lanes left their lane of travel for an unknown reason, crossed the multi-purpose lane and went into oncoming traffic in the northbound lanes.

UHP says the driver of the wrong-way vehicle was flown to a hospital in critical condition. The drivers in the second and third vehicles that were hit were taken to hospital via ground ambulance and are listed in poor condition.

There were no further injuries reported.

The crash closed all northbound lanes of SR-36 for about two hours, during which time traffic was routed through Lake Point.

Troopers say it is unknown why the driver left their lane of travel, and they are investigating to see if fatigue or other factors may have played a role in the crash.