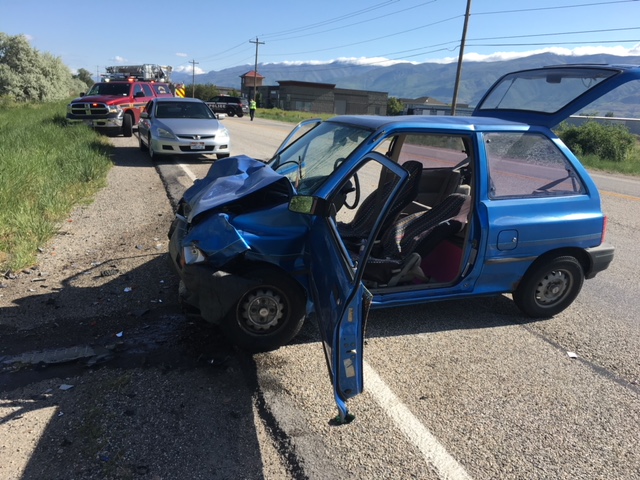 WOODS CROSS – An 18-year-old woman is in critical condition after police say her vehicle collided with another car head-on between 500 South and 1500 South.

According to Woods Cross police, the female was driving an older Ford Festiva south on Redwood Road when her vehicle veered into oncoming traffic.

It struck a Ford Expedition was traveling northbound head-on.

The mother driving the Expedition told police the Festiva “lost control” before the collision.

All occupants in the Expedition walked away without injuries, including the mother and her three children.

The 18-year-old was transported to a nearby hospital in critical condition. Police say her vehicle failed to deploy airbags in the crash.

Officer Robbie Davis with the Woods Cross Police Department says the investigation is still underway, however they are looking into whether or not distracted driving played a part in the crash.

Redwood Road has been reopened in all directions.