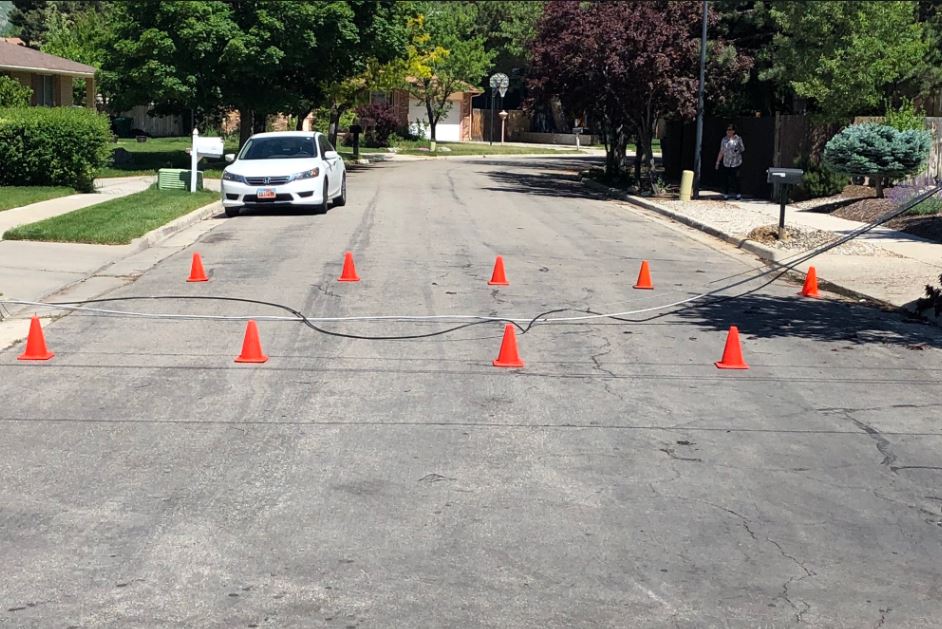 SANDY, Utah — Several roads have been blocked off and about 10,000 customers are without power after a moving truck drove into some utility lines near 9400 South in Sandy, knocking them to the ground and compromising several others in the vicinity.

Rocky Mountain Power says about 10,000 customers in the area are without power, and they estimate service will be restored by about 5 p.m.

Sandy Police say a moving truck in the area of 1480 East and 9400 South was driving and the top of the vehicle caught some utility lines, knocking them to the ground. Two utility poles and their lines were knocked to the ground, while others attached to the system were damaged but not fully downed.

No injuries have been reported in connection with the incident. Fox 13 News will update this story as more details emerge.