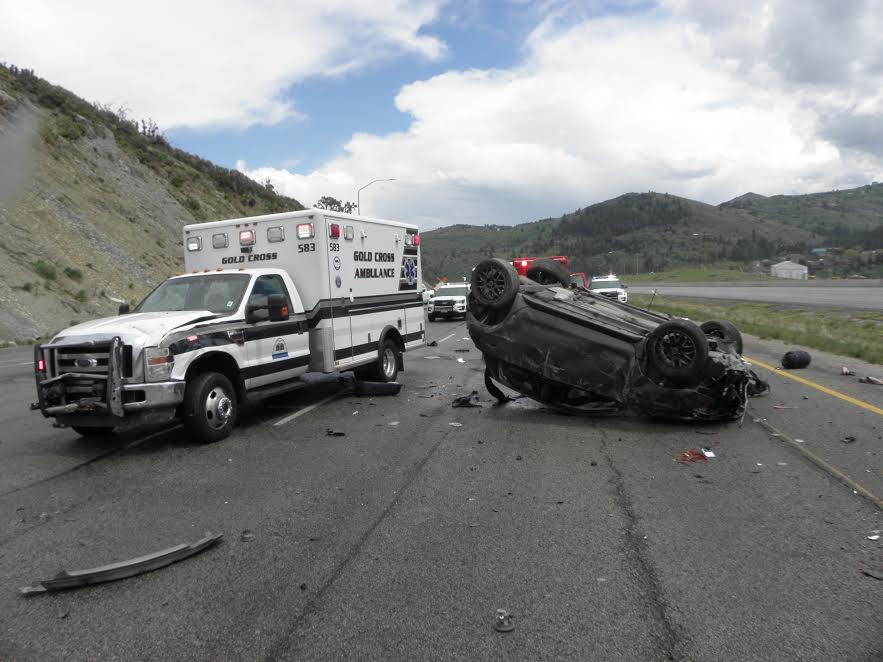 PARLEYS CANYON,  Utah — A man was taken to a hospital in serious condition Sunday after police say he crossed into oncoming traffic on I-80 in Parleys Canyon and struck two vehicles, including a Gold Cross Ambulance.

Cpl. Andrew Battenfield of the Utah Highway Patrol said the crash occurred around 1:20 p.m. on I-80 near mile post 139.

A man driving eastbound in a Scion was going too fast for the wet road conditions and lost control of the vehicle, according to UHP.

The Scion went into the median and rolled, and then traveled into the westbound travel lanes on its roof, where the rear of the vehicle impacted a westbound Gold Cross Ambulance.

The contact caused the Scion to spin and strike a westbound Jeep in lane three.

The driver of the Scion, an adult male, was taken to a hospital with serious injuries that are not considered life-threatening.

The crash closed I-80 in all directions for about 25 minutes. All lanes of I-80 have reopened in the area as of about 3 p.m., but residual congestion from the closures is slowing traffic in the area.