Suspect in custody after SWAT responds in Clinton 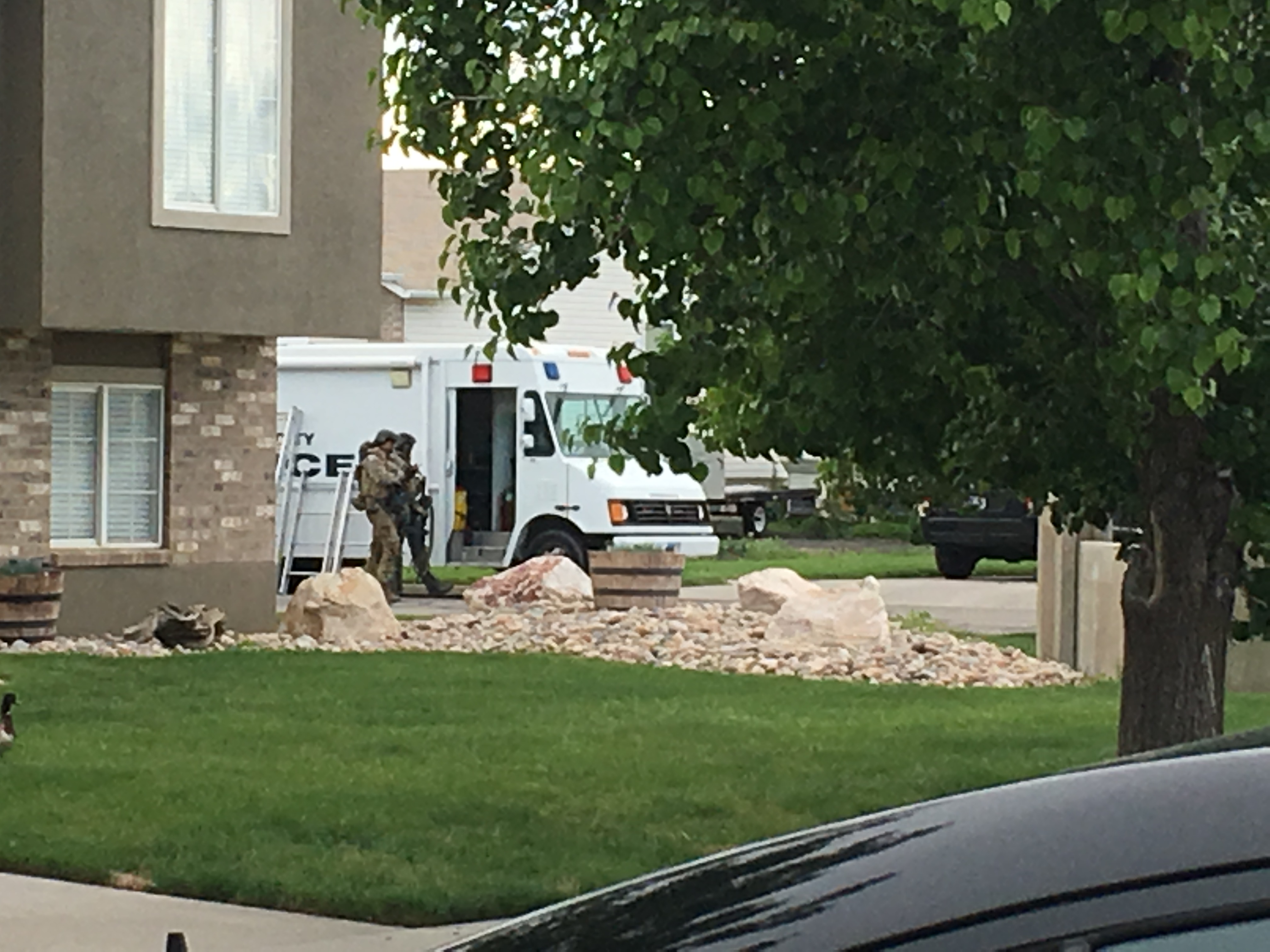 CLINTON, Utah – A man is in custody after SWAT responded to a home in Clinton Sunday in connection with a domestic violence incident in Roy where a shot was fired.

Stuart Hackworth with Roy City Police said things began with a domestic violence situation in West Haven, which continued to a home in Roy.

One shot was fired in Roy, but no one was hit by gunfire or otherwise injured. Police responded to the Roy residence around noon, but the man had already left the area.

Officers believed the man had gone to a residence in the area of 2700 West and 2300 North in Clinton.

Police from Roy City, Clinton and Davis County Sheriff’s Office responded to the home initially, but by around 5:15 p.m. Sunday Layton SWAT had arrived and taken over command of the scene.

Residents in a 1-block radius were asked to shelter in place.

Shortly after 7 p.m. police confirmed the suspect was taken into custody and is receiving medical treatment for tear gas inhalation.

Police say the suspect is not a resident of the home in Clinton where he was arrested, but they say he is known to the occupants.

The identity of the suspect has not yet been released.