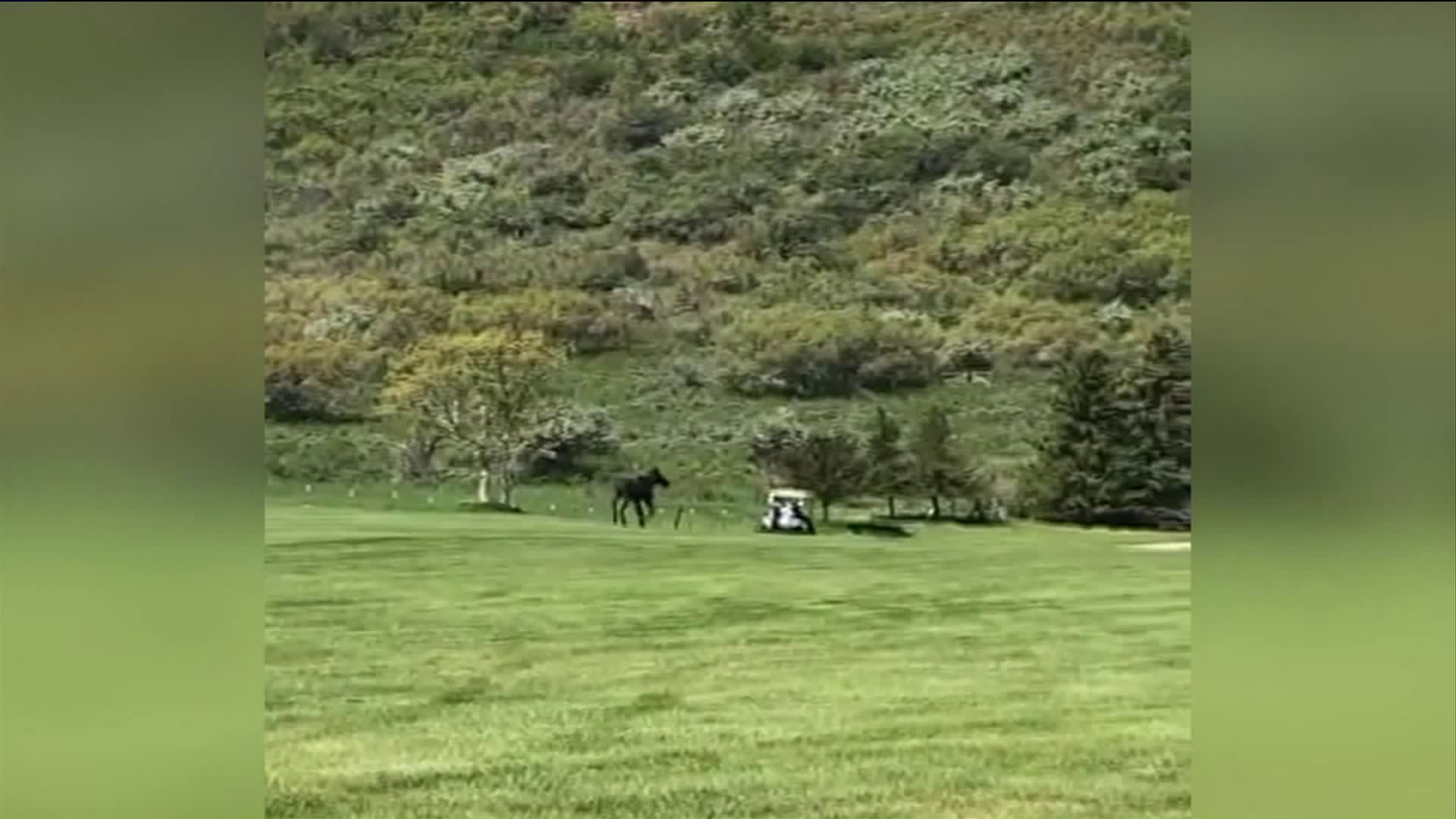 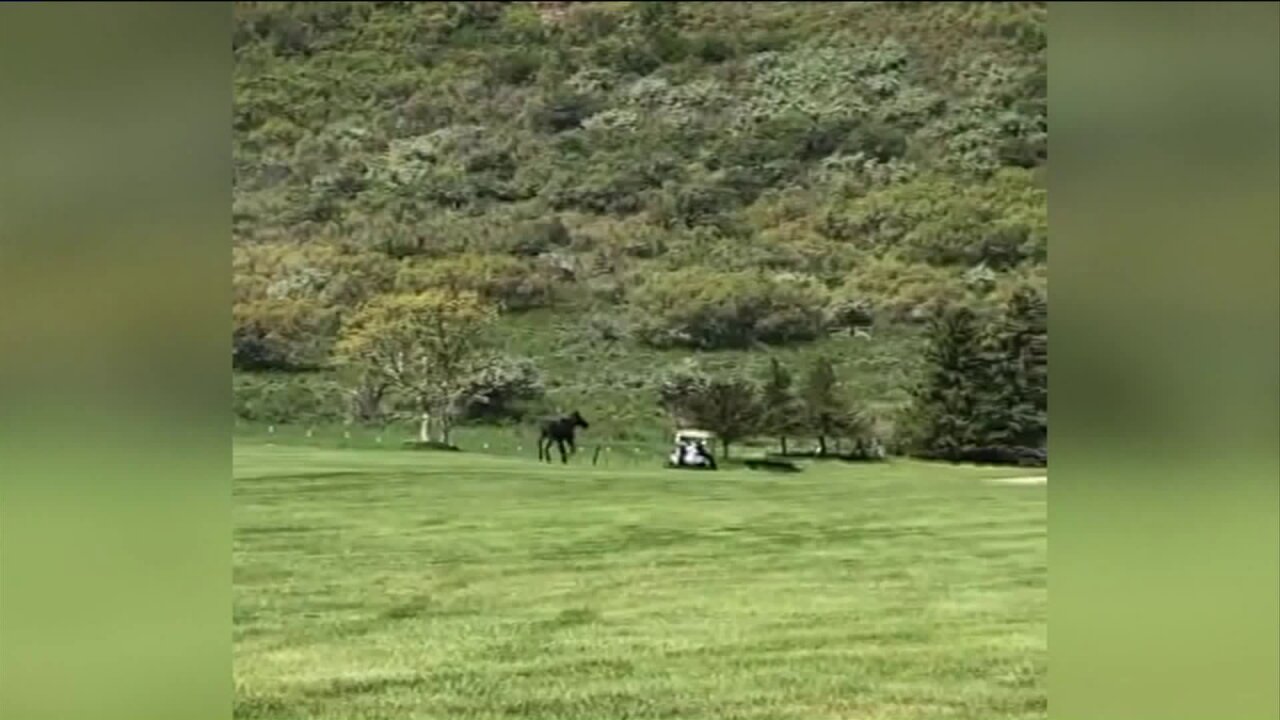 PARK CITY, Utah -- It's not an obstacle most golfers see on the green, but this giant was giving them grief in Park City this week.

A Salt Lake City couple had to make a quick get away when a moose chased after them not once but twice on the green Monday at the Park City Golf Club.

Mark Redican and his wife were cruising along in the golf cart when they got a warning from a worker.

“She said, ‘Hey just to give you a heads up there's a moose here so just keep your eye out,’” Redican said.

Little did they know the moose was heading their way.

“I’m getting ready to hit my shot and all of the sudden she's like, 'Oh my god Red, here comes the moose,'” Redican said.

The young moose, taller than the golf cart, was aiming right for the couple.

“This moose is just lumbering at us, it's coming in hot, so we jump in the golf cart and drive away,” Redican said.

A woman on the fairway caught it all on camera.

“It was kind of scary when he's coming that fast at ya,” Redican said.

You can see Mark behind the wheel, his wife next to him, stepping on the accelerator and getting way ahead of the moose.

“Luckily it kind of lost interest towards the end,” Redican said.

The moose trotted into the trees, but just minutes later another stroke of bad luck.

“After we teed off at the next hole he made his way down to the golf course and came at us again,” Redican said.

Even after getting chased by the moose not once but twice, Mark wasn't about to quit his game.

“Well I had a pretty good round going so I had to finish the hole," he said. "I was right in the middle of the fairway, I actually ended up parring the hole."

Of course it's not unusual to see a moose in Park City, but the Department of Natural Resources says it is uncommon for them to tail a car or cart like this.

Mark said it was scary at the time, but now they have a great story to tell.

The DNR runs a website called Wild Aware Utah, where you can find tips for avoiding encounters with wild animals and tips for how to react if you encounter one. Visit their website for more information, and see below for their tips for encountering a moose: