TAYLORSVILLE – A driver was killed on Bangerter Highway Friday night after police say his Honda crashed into the back of a slow-moving truck hauling a heavy load.

Unified Police say the male driver was in his 20s and they so far have no answer as to why his Honda drove into the back of the trailer just before midnight at the 6200 South intersection.

Three males in their 20s were in the Honda. Police say they were forced to extricate two of the occupants and took them to the hospital in serious condition.

“Well, you have to ask why they didn’t see the back of that truck, but it will take some time,” said Detective Ken Hansen with the Unified Police Department. “Actually, our reconstruction team is coming out and they’ll be able to put this all together. We also have a couple witnesses that provided us additional information.”

Police say they are planning on releasing the driver’s name as soon as his family is contacted.

This story will be updated as more details are released. 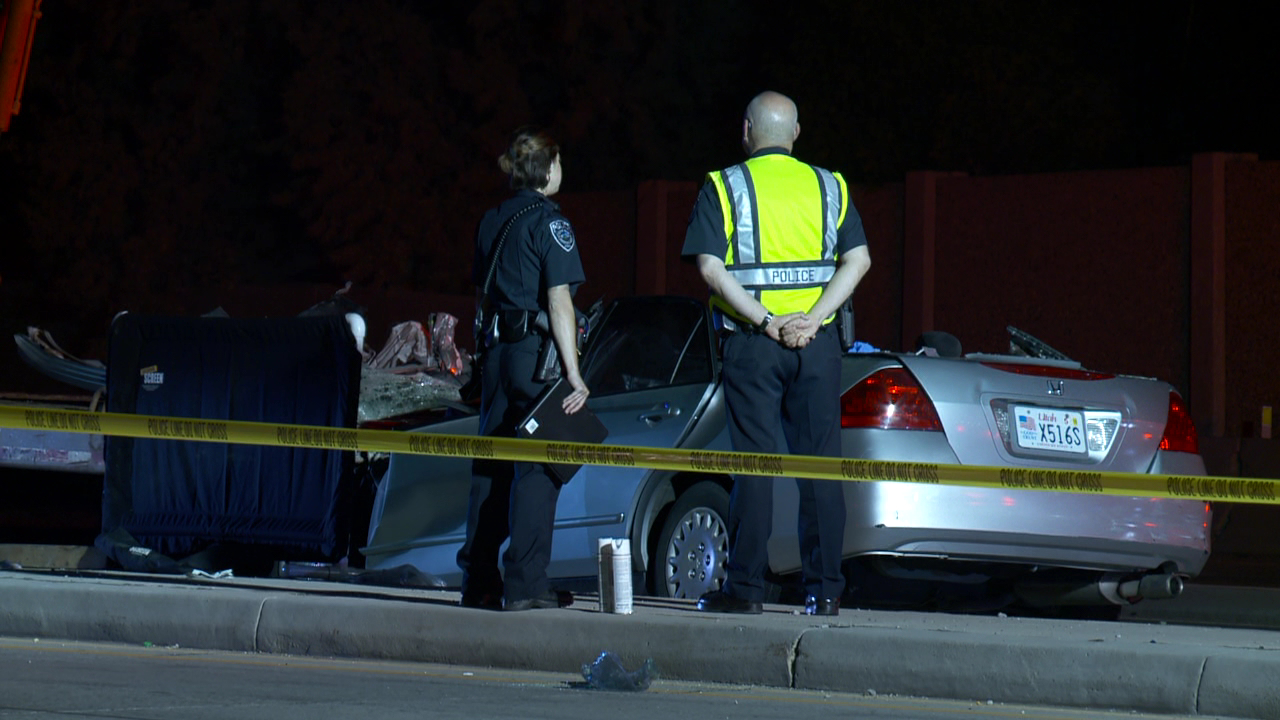