WASATCH COUNTY – A woman is in critical condition after troopers say she struck and killed a moose and a calf on eastbound SR-40 in Daniel’s Canyon Saturday night.

A news release from Utah Highway Patrol said around 11:20 p.m. the red Pontiac Bonneville crashed into the two animals and caused severe damage to the front end and roof of the car.

The 47-year-old female driver was unresponsive at the scene so emergency crews had her flown by Life Flight to Utah Valley Regional Medical Center.

Witnesses told police that the Pontiac had been seen “driving recklessly” and at a high rate of speed before the crash occurred.

“Impairment is suspected and is being investigated as a contributing factor in the crash,” UHP stated.

Troopers say the woman remains in critical condition, suffering multiple injuries including bleeding on the brain. 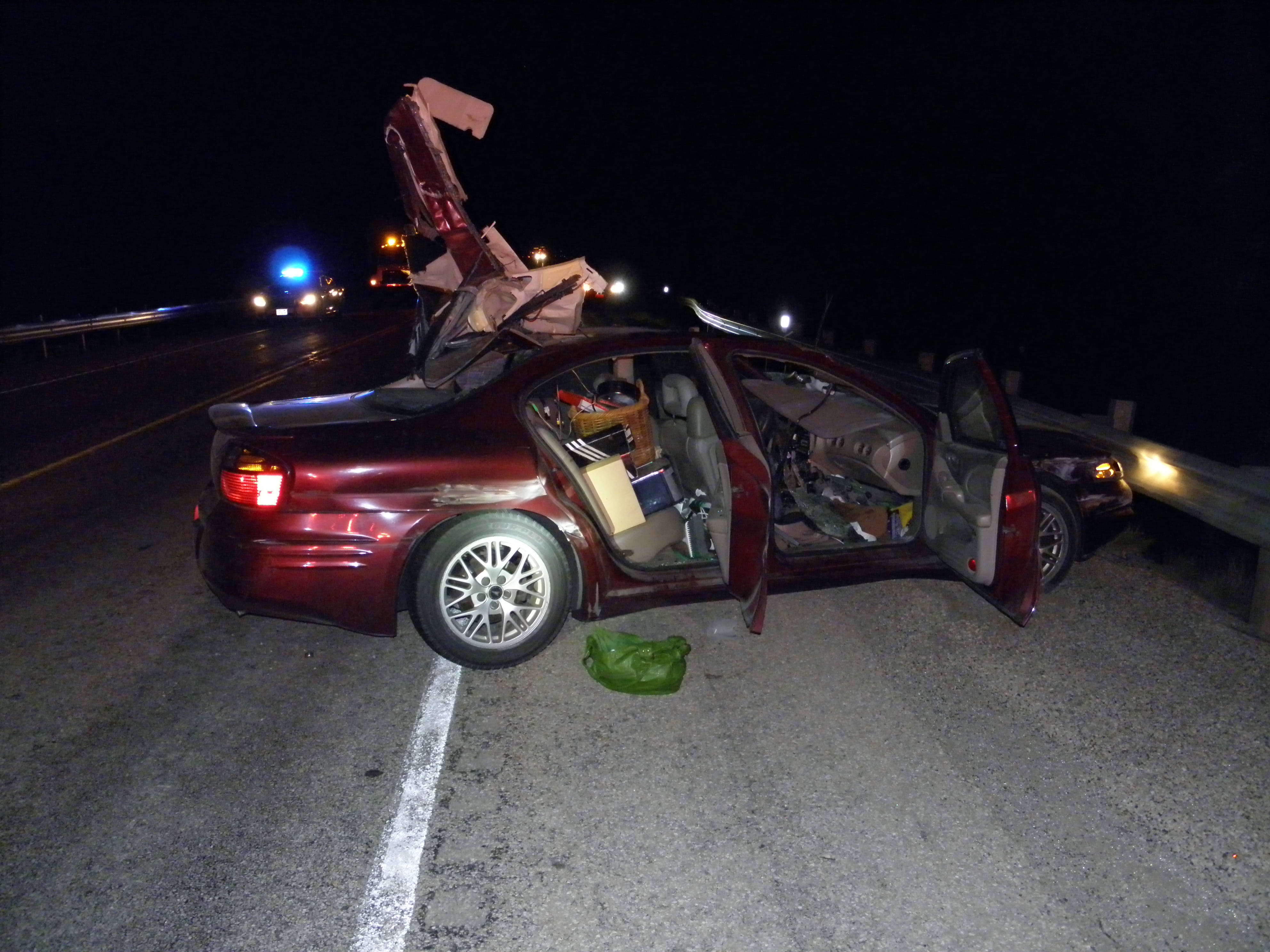