At around 9 a.m., police responded to a call of shots fired near the Jordan River Trail. While investigating that call, they heard the gunshots fired on Redwood Road about 20 minutes later.

When they arrived on the scene, they found two victims.

Police say a witness followed the suspects as they drove away.

“Thankfully, we have witnesses who kept an eye on the suspects,” said Sgt. Brandon Shearer of the Salt Lake City Police Department. “We always want people to be careful and use caution when doing something like that, but it did help us find our suspects.”

Police are calling this incident a home invasion, believed to be gang related.

One of the victims is in critical condition and the other is in fair condition.

A neighbor witnessed the shooting from across the street.

“What I saw is one guy had one guy in a headlock and let him go and opened fire,” said the neighbor who asked not to be identified.

She was sitting outside her house with other members of her family when the shots were fired.

She said she heard too many gun shots to count. Another witness who lives a few doors down from the scene described being woken up by the commotion.

“It’s pretty nerve racking because that could have been my house,” said a man who only wanted to be identified as Felipe. “If I walked out to go to work, I could have been involved, you know.”

Both witnesses are shaken up by the incident. They said the shooting was scary, but not surprising. This isn’t the first time they’ve heard gunshots in the neighborhood, but never before have they been this close.

“It’s definitely not like the days when I was growing up, where I could walk to and from school by myself,” said the neighbor who did not want to be identified. 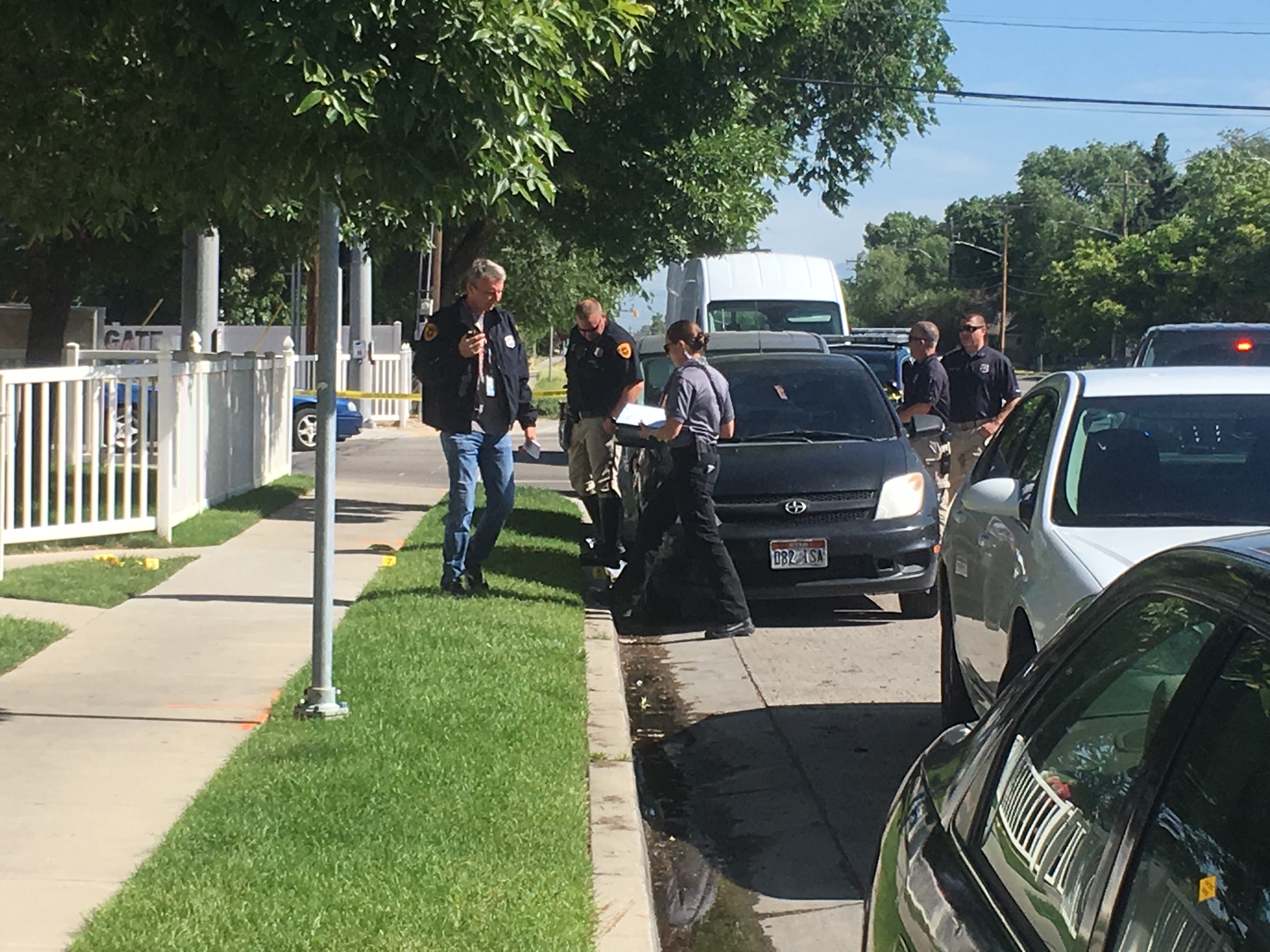