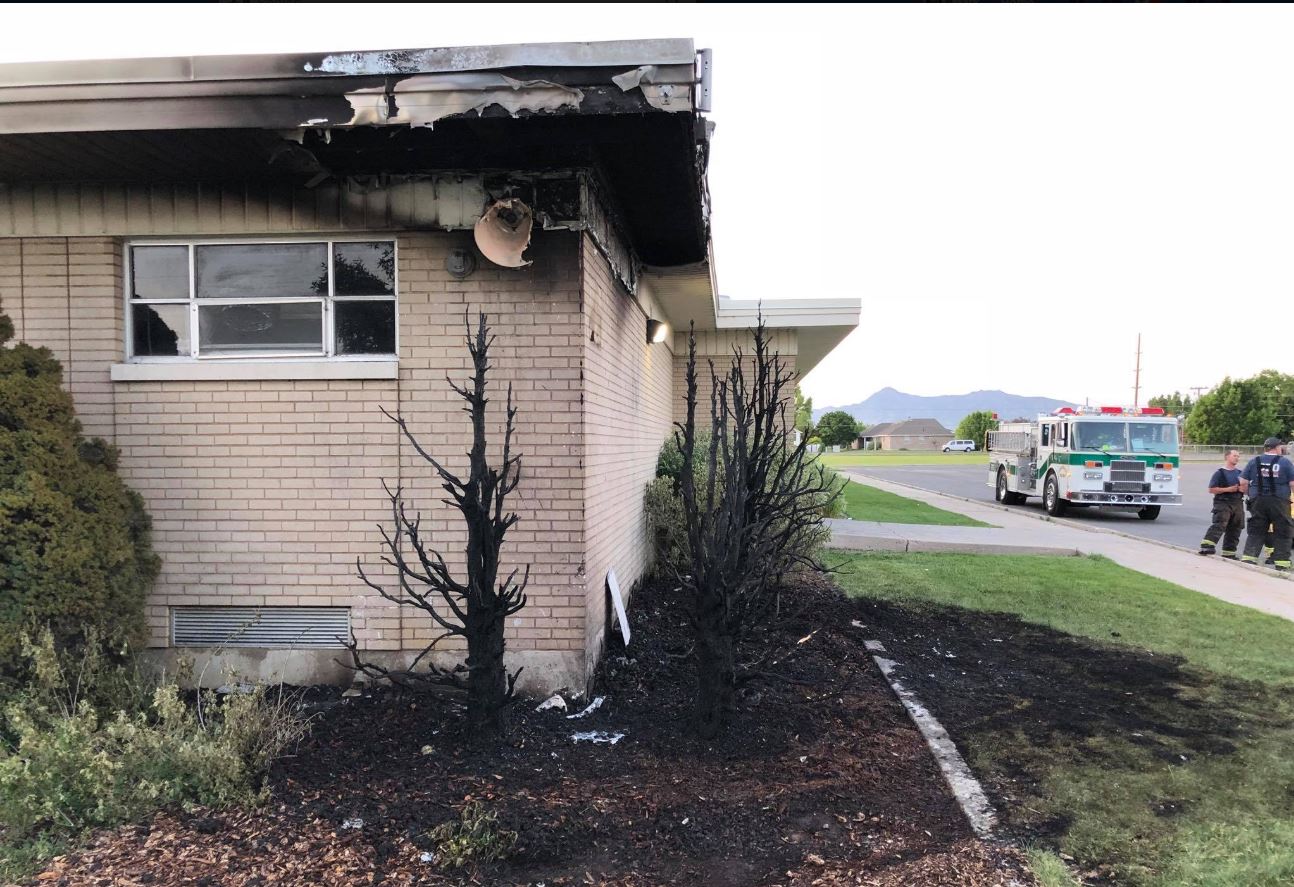 GARLAND, Utah — Two juveniles were arrested Thursday night after police say they started a fire that burned some bushes and the corner of Bear River Middle School.

Garland Police posted a photo of the damage and said two juveniles were arrested for starting the bushes and part of the building on fire Thursday night.

“Good job by Garland Fire Department getting the fire out before it spread to the roof,” Garland Police stated.

Police tell Fox 13 that two 12-year-old boys lit some garbage on fire, and when they added some paper to the blaze it spread to a bush and then the awning of the school.

The two boys ran from the scene, but a witness recognized one of them and called police. Officers went to his home and the boy confessed. Both juveniles were taken into custody and charged with reckless burning.

The boys were subsequently released into the custody of their parents.

There were no injuries reported, and an estimate on the damage was not immediately available.