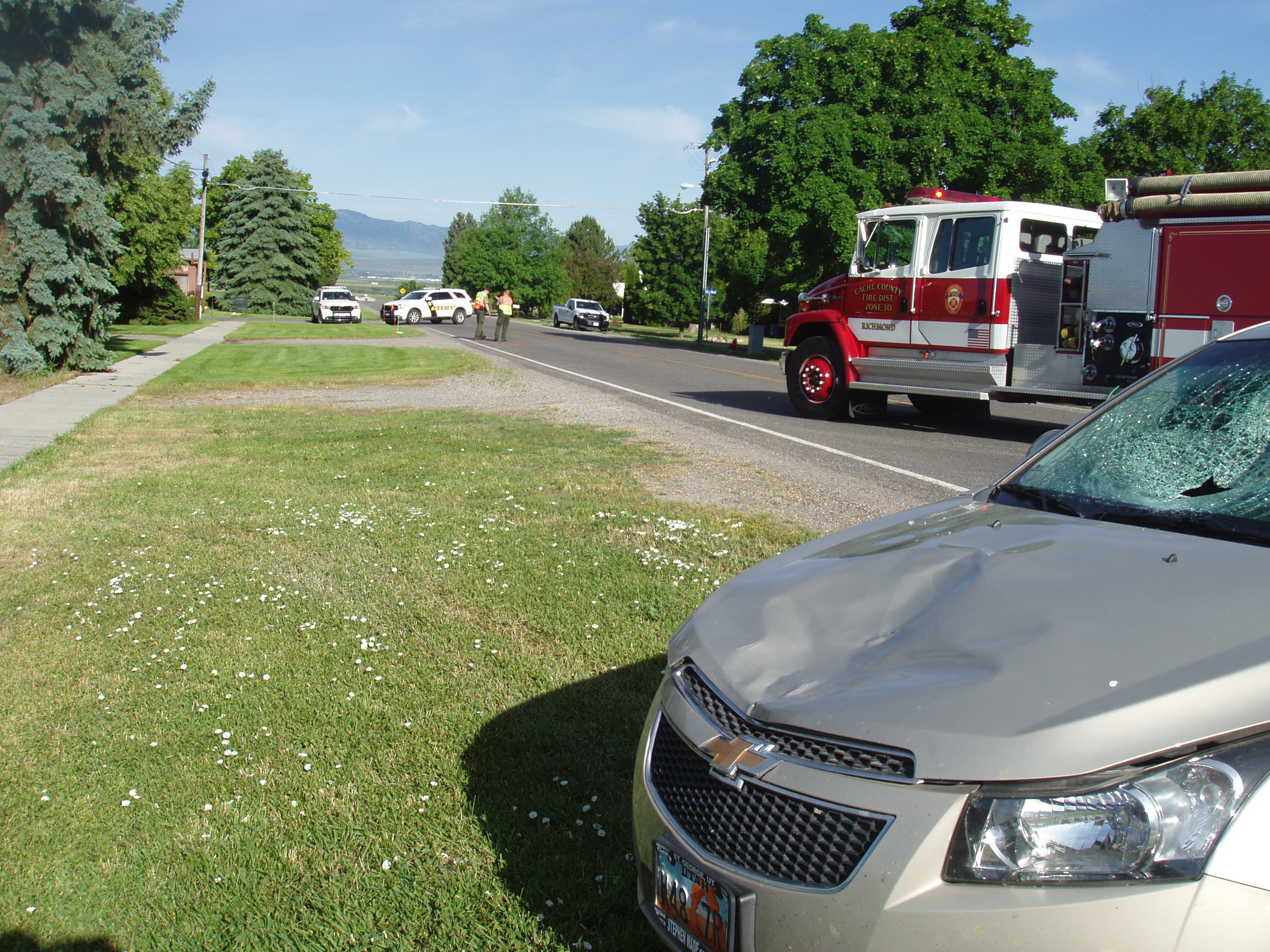 RICHMOND, Utah — A man suffered fatal injuries after being hit by a car on SR-142 in Richmond Thursday morning.

According to the Utah Highway Patrol, the fatal crash occurred around 7:45 a.m. on SR-142 (Main Street) near milepost 17, near 400 West in Richmond.

Police say a 24-year-old man was traveling eastbound on SR-142 in a Gold Chevy Cruze. The driver reported that as he came to the intersection, he saw a dog running in the roadway and a male walking west on the south side of SR-142.

Troopers say the driver moved to left of center to avoid the dog and then back to the right when the dog was out of the way.

Police say the pedestrian, identified as 89-year-old Marvin A Traveller of Richmond, was walking west near the edge of the roadway and “stepped north into the path of the vehicle because he was distracted by the dog and did not realize the car was coming or was so close.”

Traveller was taken to Logan Regional Hospital after the crash, where he was later pronounced deceased. There were no further injuries reported beyond the fatality.

The dog was not on a leash and did not suffer any injury.

SR-142 was closed between 300 and 400 West for several hours after the crash but has since reopened.