EMERY COUNTY, Utah - The Trail Mountain Fire grew to 2,637 acres and entered into a nearby canyon Sunday following wind gusts of up to 55 miles per hour.

According to the U.S. Forest Service, the fire moved into Meetinghouse Canyon after wind in the area of the fire grounded all air support, causing the burn to move north and east.

The fire created heavy smoke that was visible from communities in Emery, Carbon, and Sanpete Counties.

"The fire is burning in mixed conifer, with large amounts of dead and down timber," the Forest Service wrote. "It is spotting up to a mile, leaving islands of green aspen and sage untouched."

A cabin was burned in the Whetstone Creek area, and other buildings were said to be threatened. A power line was threatened near the fire but did not appear to have sustained significant damage.

259 personnel were assigned to the incident, using five helicopters and 11 engines.

"Only fire personnel are allowed within the burn area during firefighting operations, the Forest Service wrote. "Officers ask everyone to cooperate with closures in place for the duration of the fire. Indian Creek Campground is temporarily closed."

The Forest Service said that several roads were closed while crews battled the fire:

"Temporary closure of Forest Road 0040 (Cottonwood Canyon) has been implemented, as well as the closure of Forest Roads 0034, 2302, 2181, 2180, and 2182. Forest Trail 0051, the Trail Mountain CCC Trail, is also temporarily closed. Closures are ordered for firefighter and public safety. Further closures may occur as necessary. Closures will remain in place until the fire is controlled." 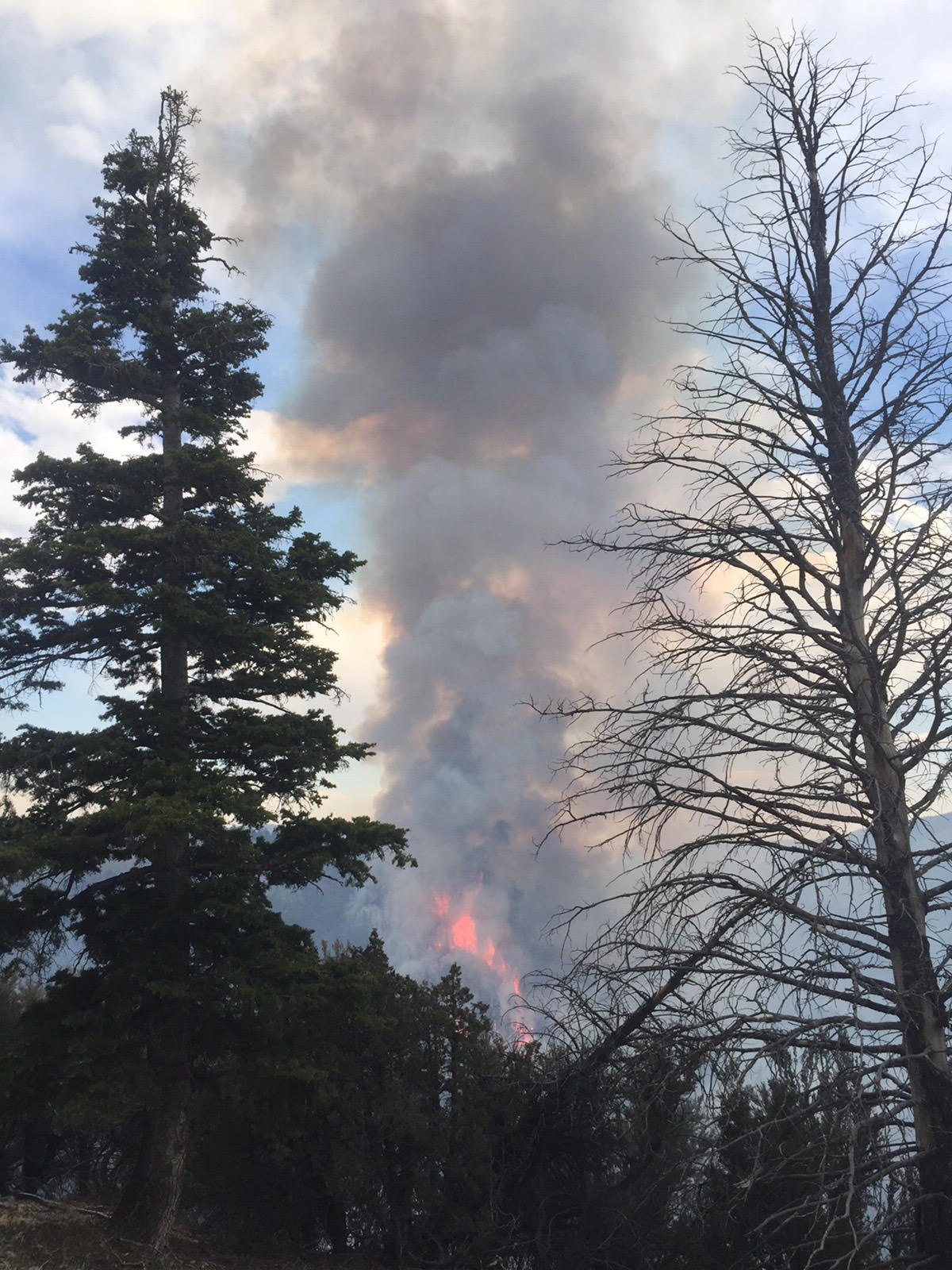