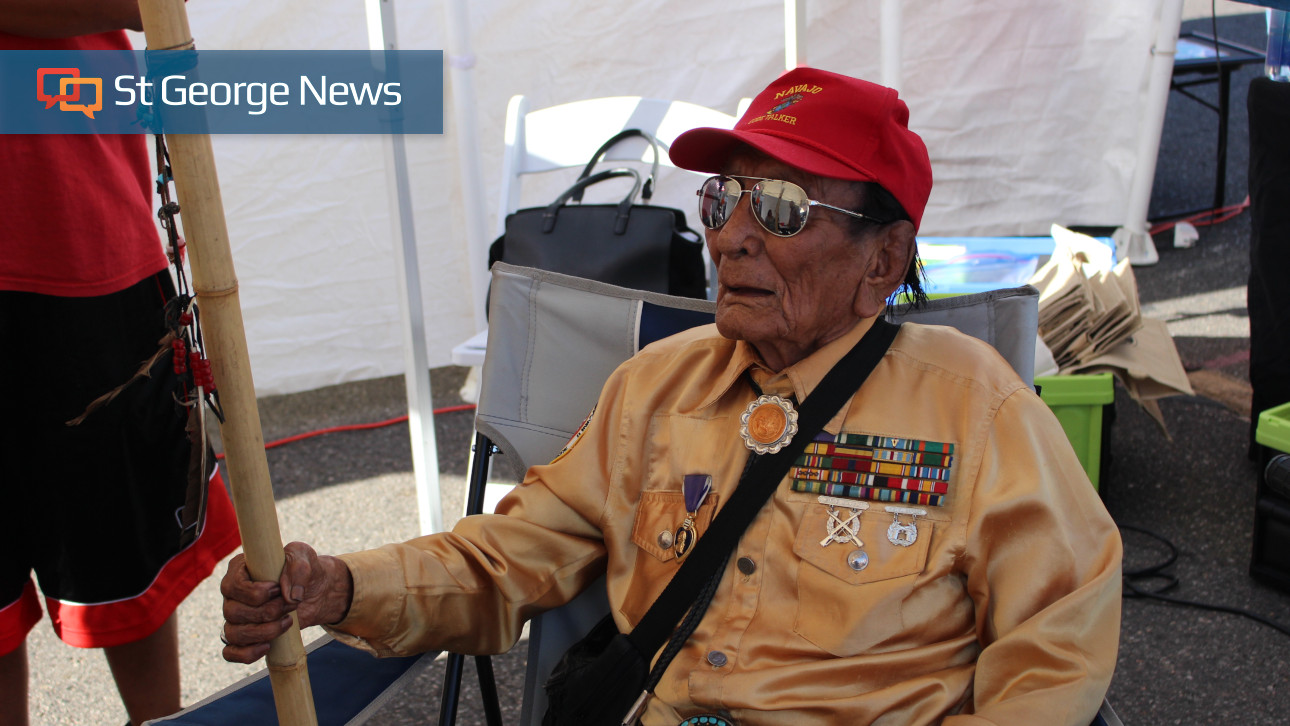 He was surrounded by family members, many of whom were able to travel to Utah thanks to a GoFundMe page set up as Holiday’s health began to deteriorate.

Holiday was one of about 400 Navajos who served with U.S. Marines as Code Talkers.

Navajo is a complex language and was not even a written language during the war.

As fluent speakers of Navajo and English, the code talkers were instrumental in communicating messages between troops that Japanese combatants were never able to decipher.

Holiday served on Iwo Jima, where Admiral Chester Nimitz said of the Marines, “Uncommon valor was a common virtue.