Moab residents return to burned down homes after fire

MOAB, Utah – Firefighters are keeping a close eye on hotspots while the Utah State Fire Marshal investigating what sparked the Cinema Court Fire in Moab that destroyed eight homes, two garages and shop.

Residents like Rocky Brougham are surveying the damage and seeing what is left of their homes Wednesday.

He saw the flames taking over the area when he was evacuated Tuesday night and said he was worried if his home of 15 years would be there when he returned.

We’re told a Moab firefighter’s home was among those burned.

The evacuations have been lifted except for the area near one hot spot firefighters are continuing to battle.

Now the long and painful cleanup begins for the city. 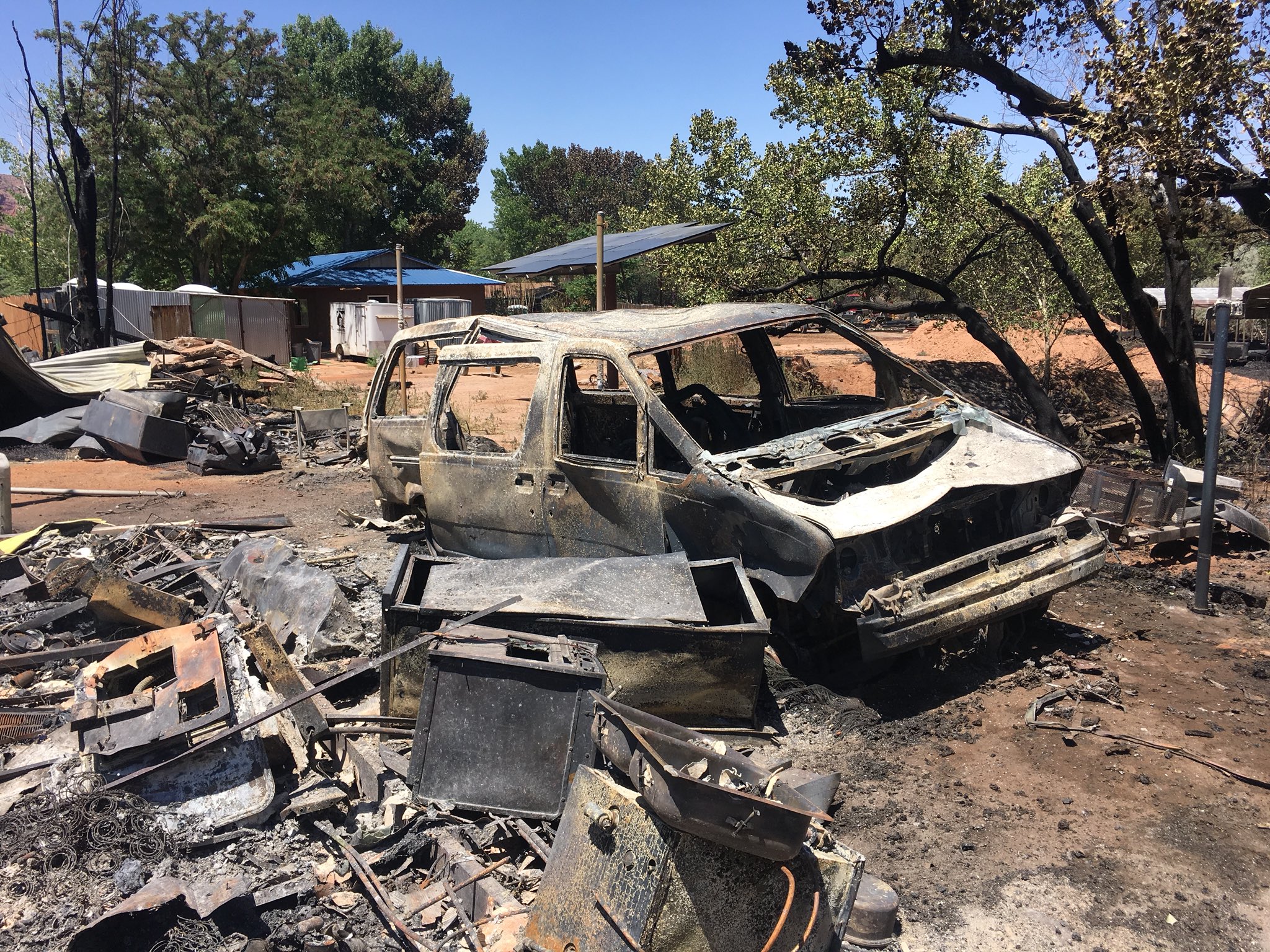