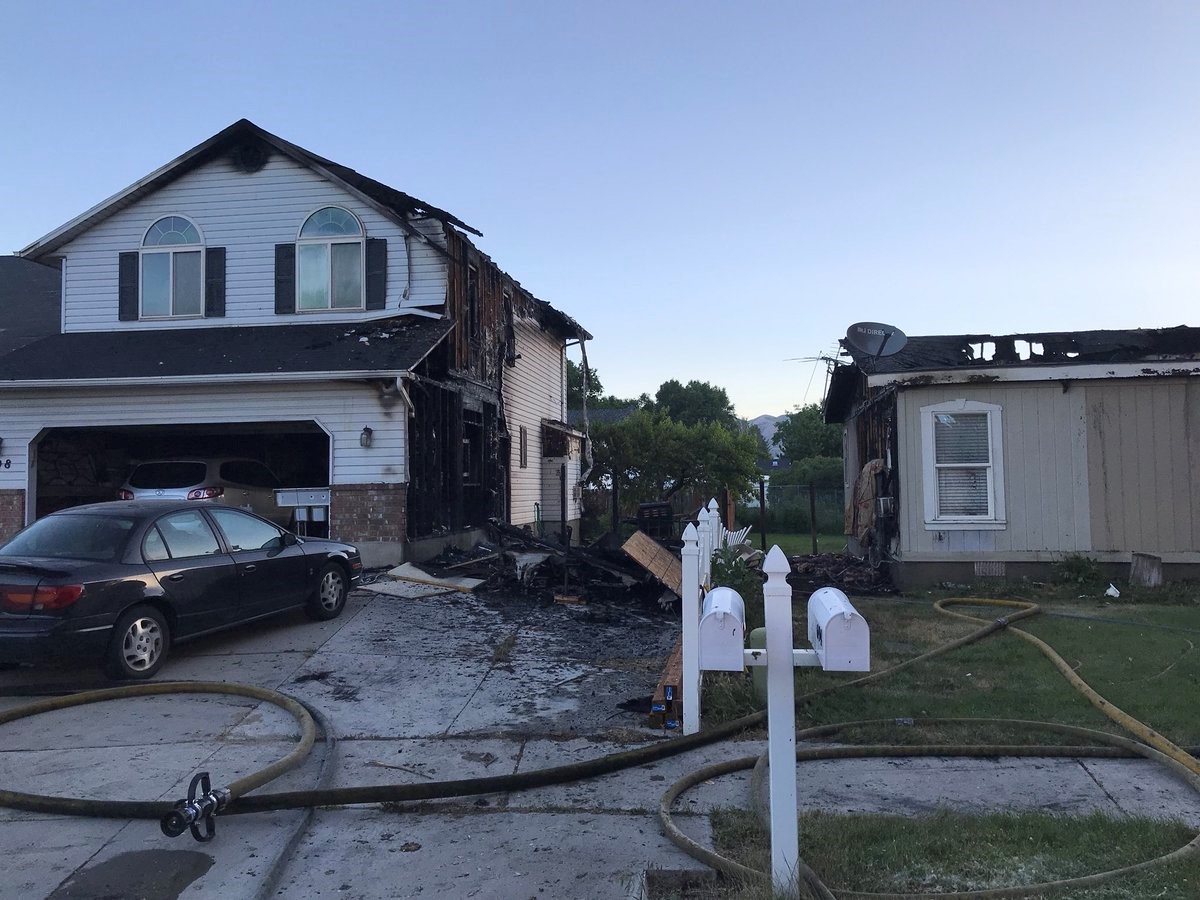 LEHI, Utah — Ten people have been displaced by a fire that damaged two homes in Lehi Saturday morning.

According to the Lehi Fire Department, the fire broke out shortly before 3 a.m. in the area of 700 West and 200 South in Lehi.

A travel trailer became fully engulfed, and from there the flames spread to two nearby residences.

One home is considered a total loss while the other home sustained about $250,000 in damage.

Crews extinguished the blaze in about 30 minutes but monitored hot spots for several hours after.

The American Red Cross is assisting the displaced families.