WEST VALLEY CITY – A man is expected to make a full recovery after police say he crashed his vehicle off of an I-215 overpass near 4100 South early Saturday morning.

Dispatchers told Fox 13 first reports of the accident came in around 7:05 a.m.

According to Unified Police, the White Toyota SUV was traveling eastbound on 4100 South at a high rate of speed when he collided with a cement barrier “launching him off the overpass.”

They say extrication was requested for a single victim but once he was out medical crews determined that, while banged up and bruised, he is expected to be fine.

“To launch yourself off of a barricade, over the overpass and onto the road below you have to be breaking the speed limit,” said Sgt. Gray

According to police, the vehicle is completely totaled but fortunately, no other cars were involved in the incident.

The man that was driving was the only person in the vehicle.

Investigators have now taken over the investigation and will determine if any charges will be brought against the driver. 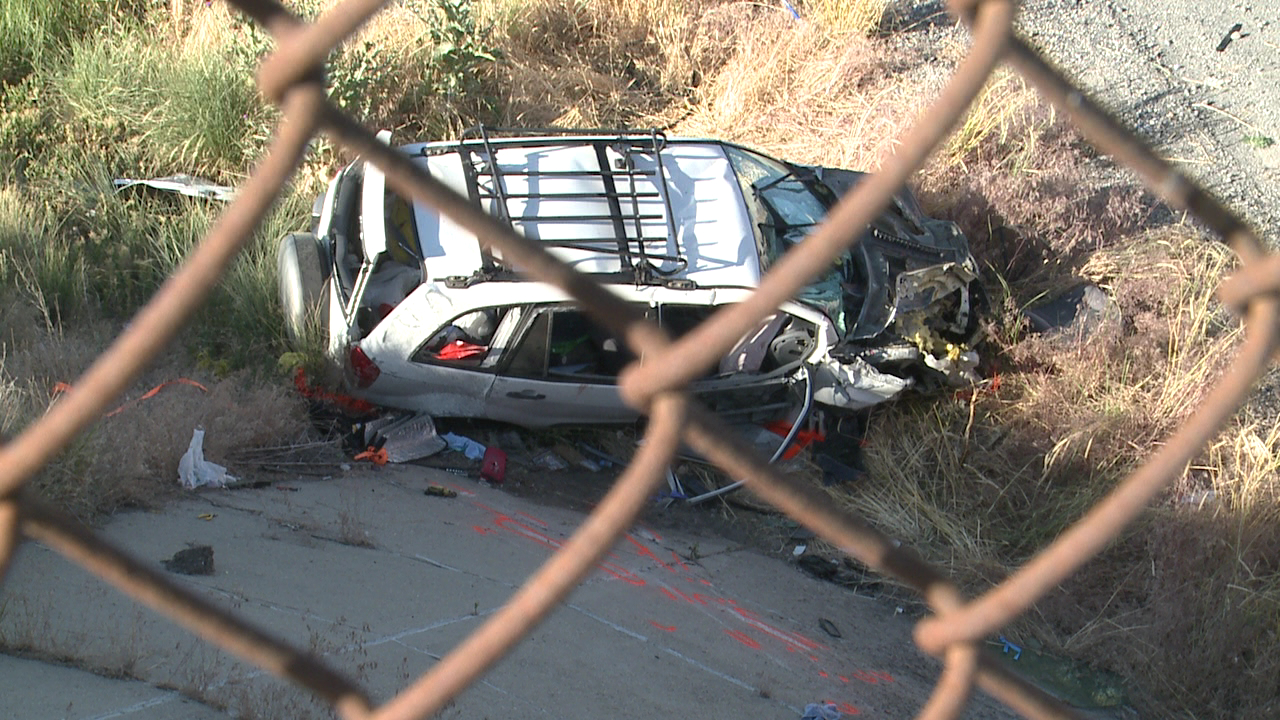