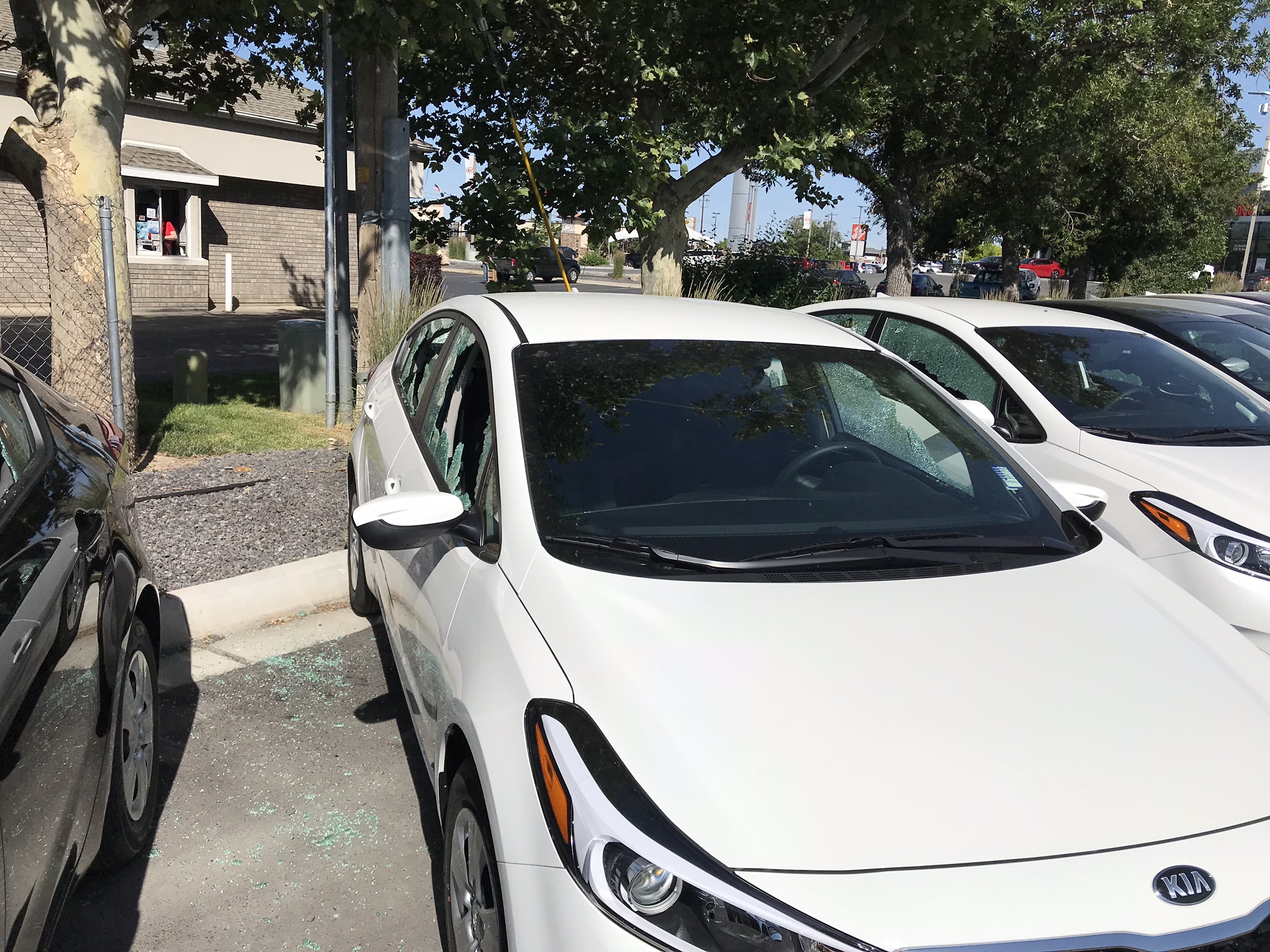 LAYTON, Utah — Police say two teens are responsible for about $15,000 worth of damage after they used a slingshot and other means to damage vehicles at two businesses.

Lt. Alex Davis with Layton Police said 16 vehicles were damaged, some by a slingshot and others by blows from hands or feet. Surveillance video shows one suspect jumping onto the back of one car and damaging the rear window.

The vandalism occurred at Young Kia, 308 Main Street in Layton, and another nearby business on Wednesday night/Thursday morning and then again Friday night into Saturday morning.

Police located a receipt on the ground near the damaged vehicles, which they used to locate a 17-year-old suspect and take him into custody. Police are also looking for a 13-year-old suspect.