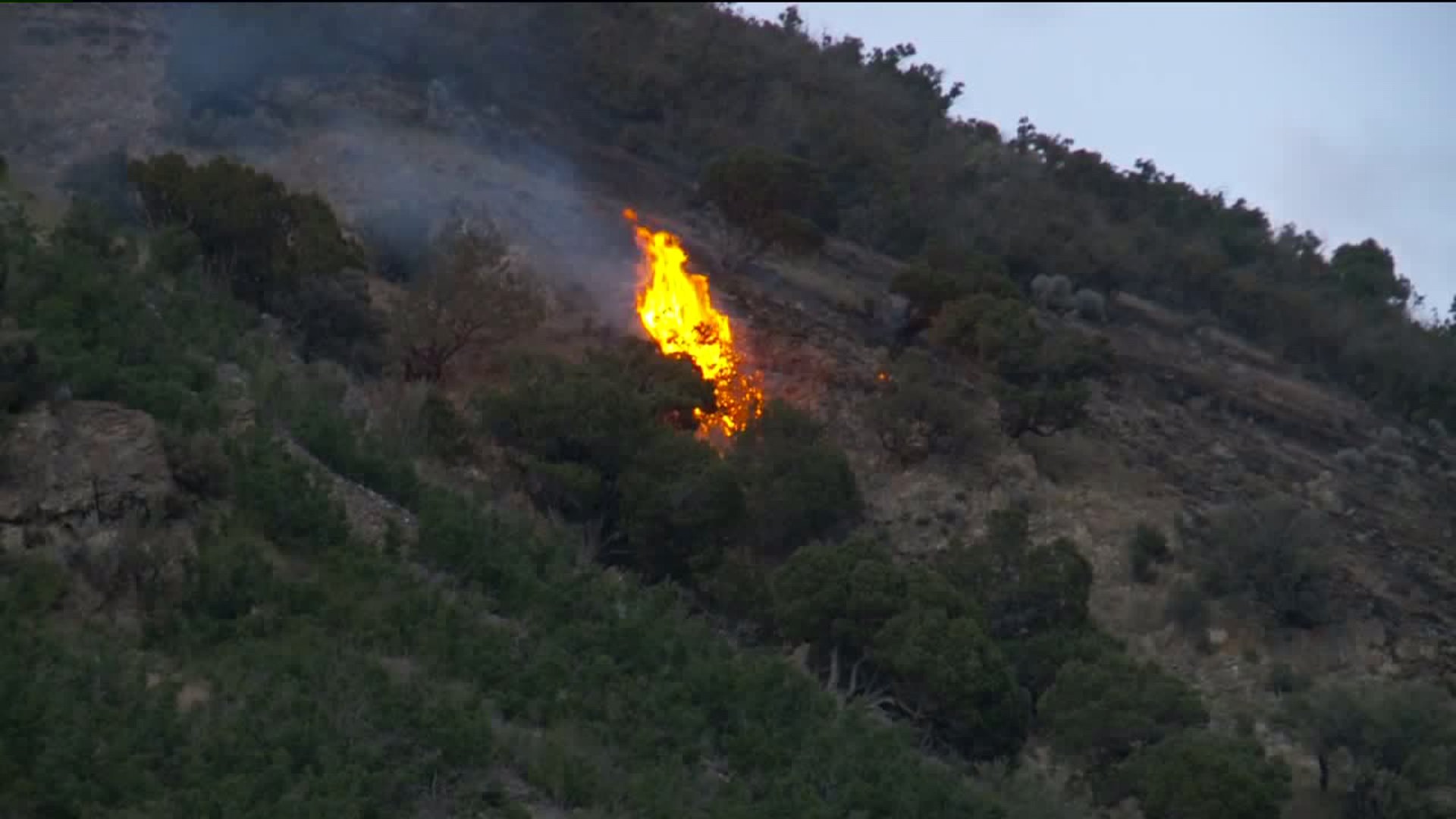 UPDATE: As of Sunday just before 9 p.m., fire officials say the South Fork Fire is 65% contained and there was no fire growth on Sunday.

PROVO CANYON, Utah — The South Fork Fire in Provo Canyon is burning on an estimated 75 acres and is 25% contained, and fire officials say it was human caused.

The fire caused the evacuation of a handful of homes Saturday, and about 200 attendees at a Girl Scout camp were escorted out of the canyon by firefighters.

Jason Curry of the Division of Forestry, Fire and State Lands said Sunday that one outbuilding that houses a pump facility was destroyed, but he said they feel confident no other structures are in danger from the fire at this point.

Curry said they believe the fire is human caused and may be related to a structure in the area. Officials said Saturday there were reports of an explosion of some kind at the pump house.

Two helicopters, three engines and two crews for a total of 70 personnel are fighting the fire Sunday, and South Fork Road remains closed.

Curry said they encourage those enjoying the outdoors for Father’s Day weekend to be extra mindful of fire danger.

“I want to encourage people to be safe out there,” Curry said. “We’ve already had several human caused fires that have damaged a lot of landscape. We’ve had some that have burned homes, so we encourage everyone to be very thoughtful in the outdoors, especially when it comes to campfires, fireworks, target shooting—all those things.”