SCIPIO, Utah — Three people have died and others are in the hospital after a crash on US-50 near Scipio.

According to Utah Highway Patrol, it happened near mile post 134 around 8:35 p.m. Tuesday.

A news release from UHP said a white Porsche Cayenne was traveling east on SR-50 when it passed another vehicle and the driver did not immediately return to her lane.

The Cayenne struck a black Ford Fusion head-on, which caused the Cayenne to flip on its roof and forced both vehicles off the road.

The vehicles then caught fire, the news release said, and the cars' occupants were trapped inside.

A passerby cut the seat belts for the passengers in the Cayenne and helped them escape the fire.

The driver is stable while her 9-year-old passenger is in critical condition.

The driver and front passenger of the Fusion were killed instantly.

Haden Bova, an 11-year-old boy who was in the back seat of the Fusion, died on the way to Primary Children's Hospital.

A 17-year-old boy who was also in the back seat of the Fusion is in extremely critical condition.

According to UHP, the Bova family was vacationing in Utah at the time of the crash.

Emergency workers with Scipio Ambulance, Scipio Fire Department, Millard County Ambulance and Fillmore Fire Rescue responded to the scene, and the road was closed for 3 to 4 hours, according to UHP.

Investigators said they believe the Cayenne's driver had been distracted by dogs in the vehicle and speed was also a factor in the crash. 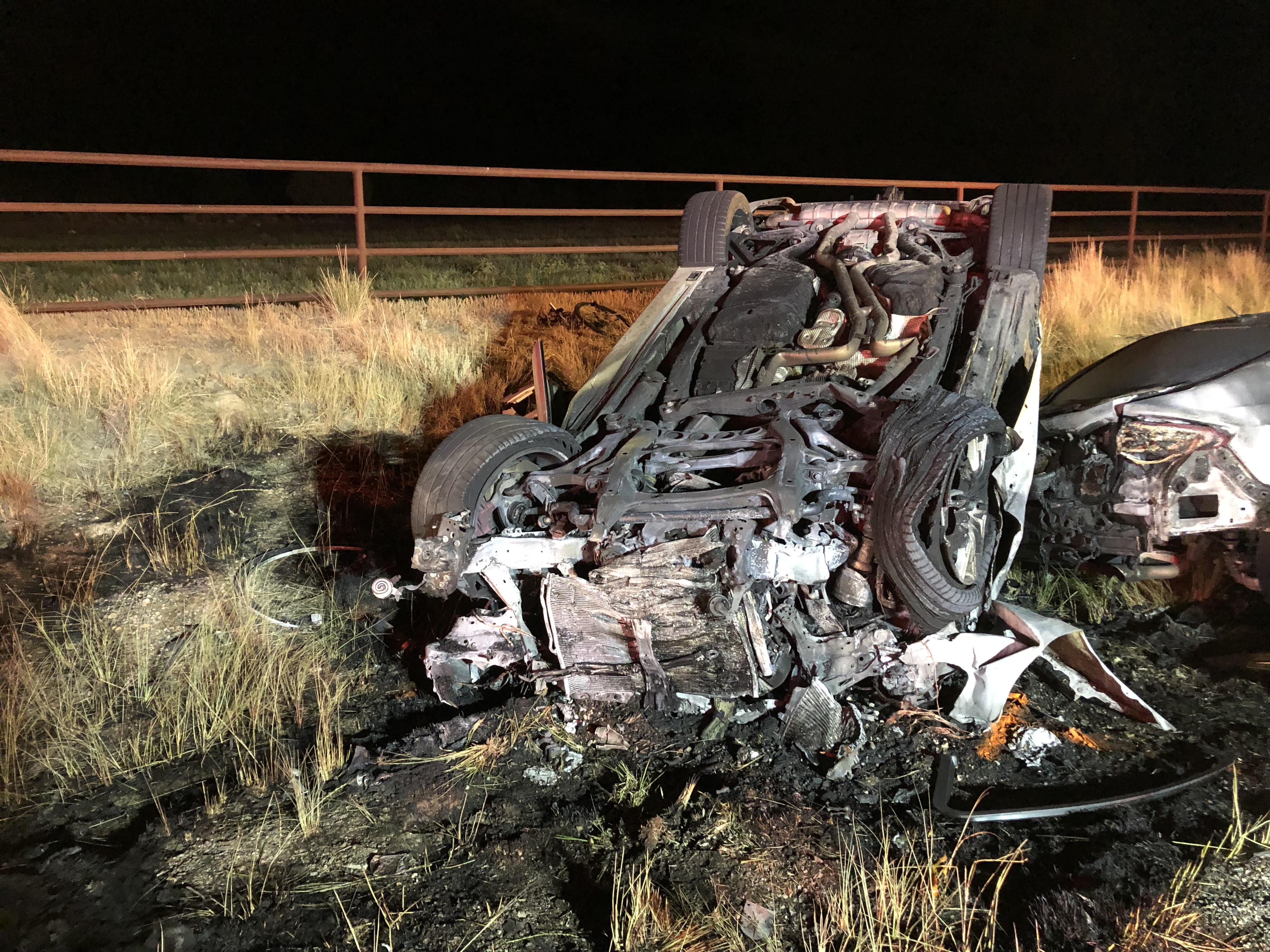