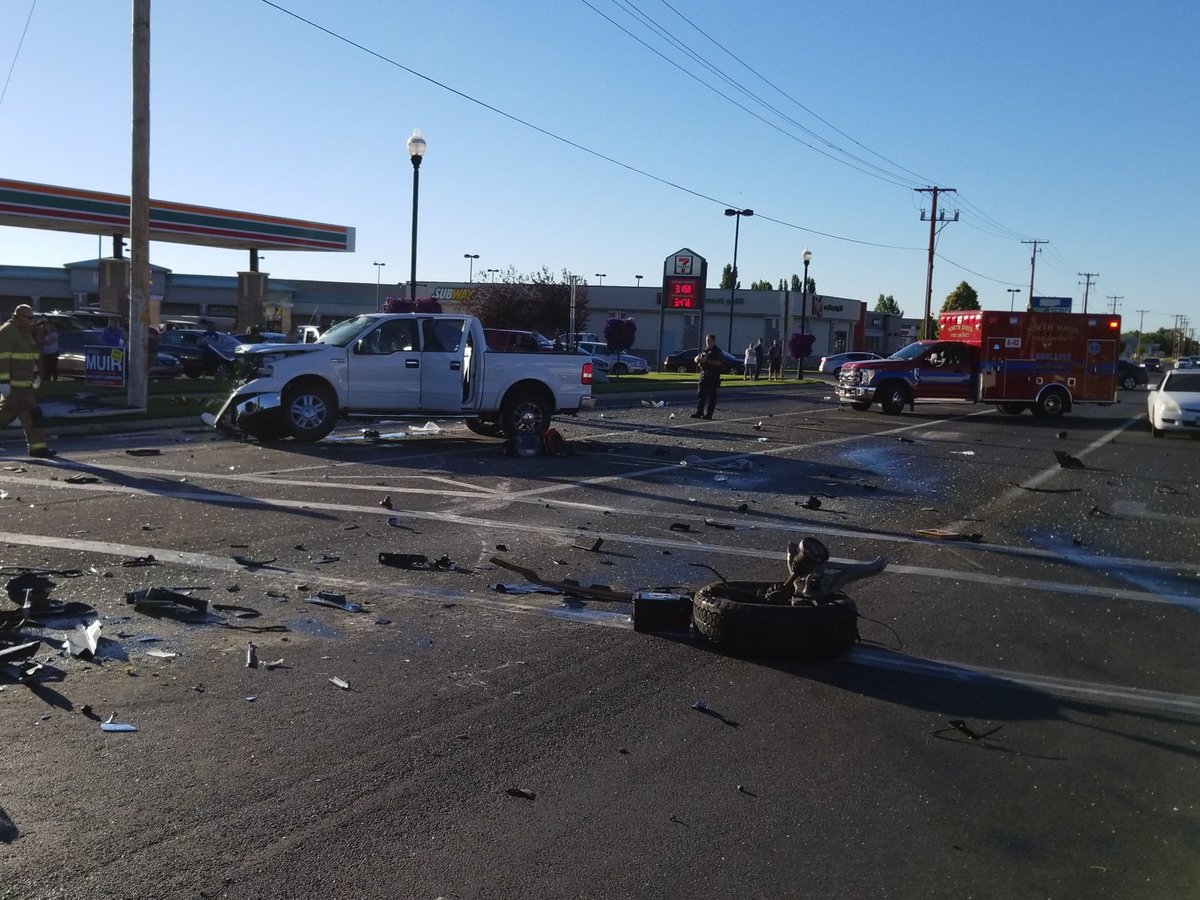 CLINTON, Utah — Six people were taken to hospitals Sunday evening after a crash in Clinton.

According to the Clinton Fire Department, two victims were critically injured and the other four suffered minor injuries in the three-vehicle crash.

According to the Utah Department of Transportation, the crash forced officials to close all directions of 1800 N at 2000 W.

The southbound lanes of 2000 W are also closed, a tweet from UDOT said.