Car crashes through front of party supply store in Orem 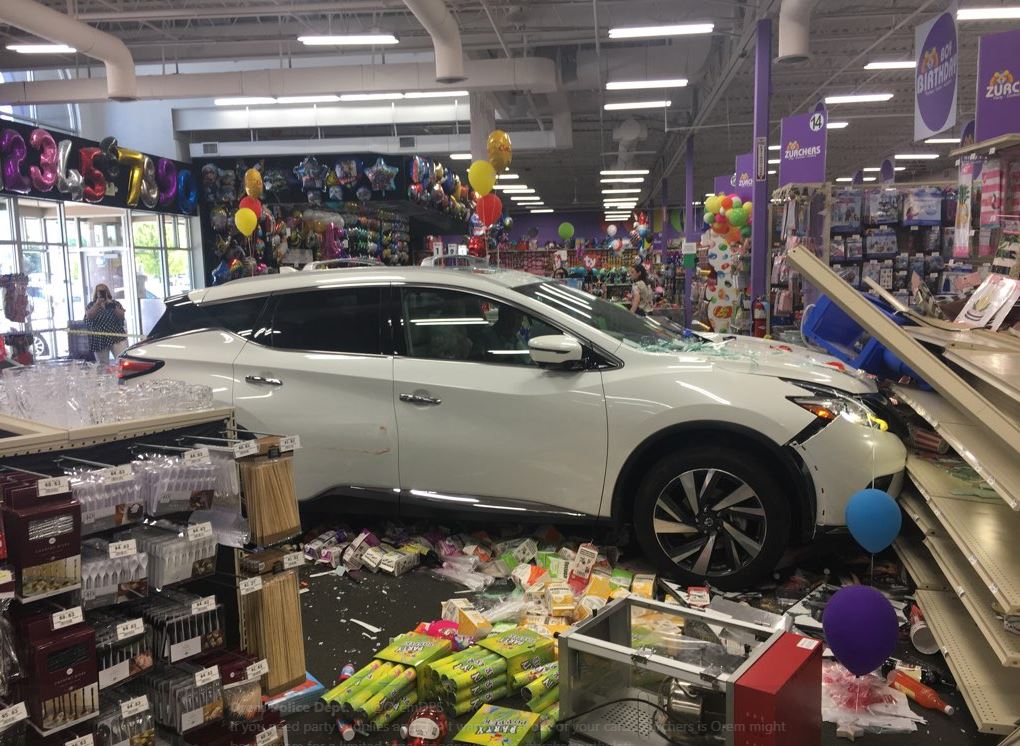 OREM, Utah — Orem Police responded to Zurchers after a vehicle crashed through the front of the store.

Orem Police posted several photos from the scene after they say an elderly man hit the gas instead of the brake while pulling into the store’s parking lot around 11:15 a.m.

The driver is OK, and no injuries were reported.

Police seemed to be taking a lighthearted approach the crash, saying on Twitter: “If you need party supplies and don’t want [to] get out of the car…. For a brief time, Zurchers in Orem is the place for you.”