EVANSTON, Wyo. – A Uinta County man was arrested after allegedly overpowering a corrections officer and stealing his gun in a court house Tuesday morning.

According to Uinta County Law Enforcement Services, at around 10:35 a.m. Tuesday, Jonathan Olivares, a prisoner with the Uinta County Detention Center, escaped custody while being escorted out of court.

Olivares overpowered a sheriff’s deputy in what was called an “intense physical altercation,” in which Olivares was able to take the deputy’s weapon.

“Witnesses reported that Olivares exited the rear of the Courthouse where he car jacked a local woman’s car at gun point and fled the scene,” Uinta County Law Enforcement Services wrote.

A search was conducted by Evanston Police Department officers and sheriff’s deputies following the incident.

The vehicle Olivares stole was located around an hour after the incident, near 1st Street and Main Street in Evanston, law enforcement officials wrote.

Olivares surrendered to officers without incident. He was still wearing his jail suit when he was taken into custody.

“Sheriff Matthews said this is about as serious as it gets and he is very proud of how our Dispatchers and Law Enforcement worked together to get this dangerous person back in custody,” law enforcement services wrote. “Our Deputy and Citizen are going to be alright and we are thankful for that.” 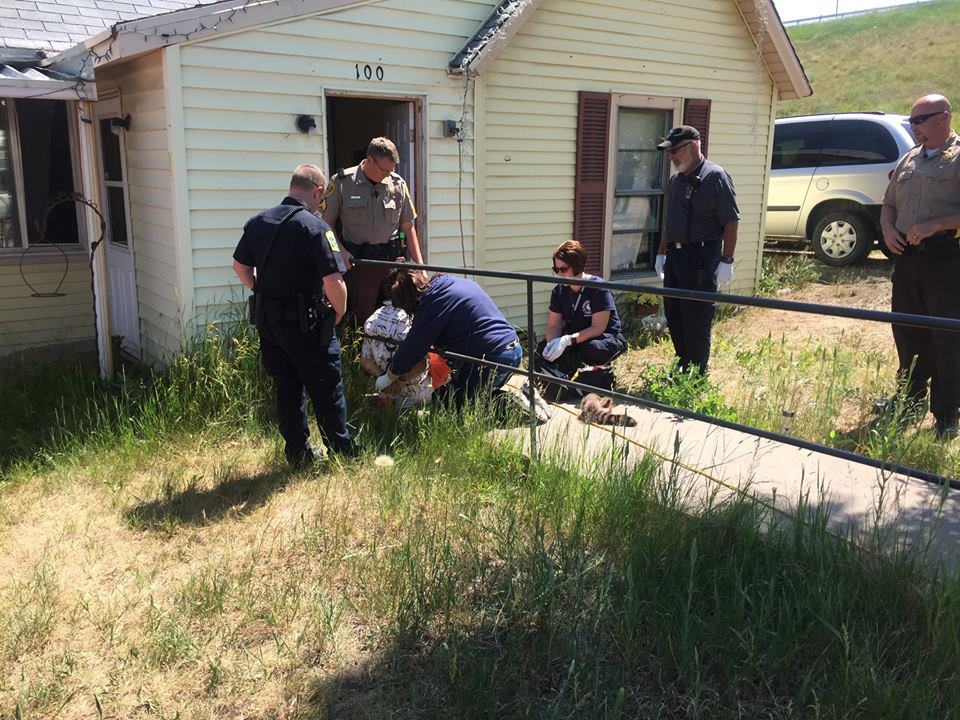