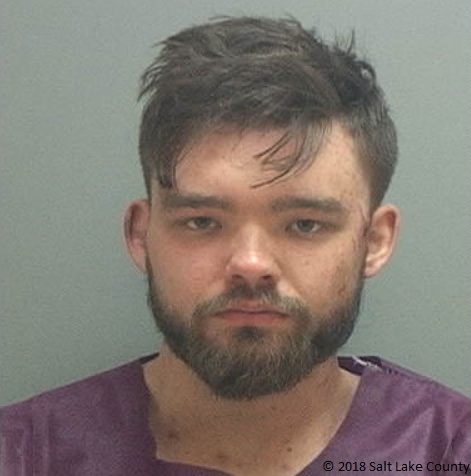 Police have identified the victims as 37-year-old Chasidy Gerber and 33-year-old Martin Barron.

Kennedy Lund, 23, was booked into jail on two counts of homicide Wednesday morning.

According to a press release from the West Valley City Police Department, officers responded around 7:15 p.m. to a call of shots fired at 1431 West and 3350 South and arrived to find two people dead.

Investigators say they learned that Lund lives at the address listed above, and a man and two other people were living in a trailer on the same property.

A resident of the trailer was outside with his children when, “Mr. Lund, who was not clothed and was carrying a gun, approached the trailer,” the press release states.

Police say the man asked Lund what was going on and then took his children inside the trailer. Two other residents then exited the trailer.

“Witnesses report that there was no exchange between Lund and the pair, but that Lund opened fire, shooting Gerber and Barron and killing them both,” the release states. “There is no known motive for the shooting at this time.”

Police say after the shooting Lund went across the street to a home owned by a relative, where family members were able to remove the gun from his possession. Photo from the scene show a rifle on the ground within the crime scene.

Officers surrounded the home and Lund eventually exited and was taken into custody.

Police say that Lund has no criminal history that they are aware of and that they have not yet been able to interview him due to medical concerns. Police hope to interview Lund Wednesday.