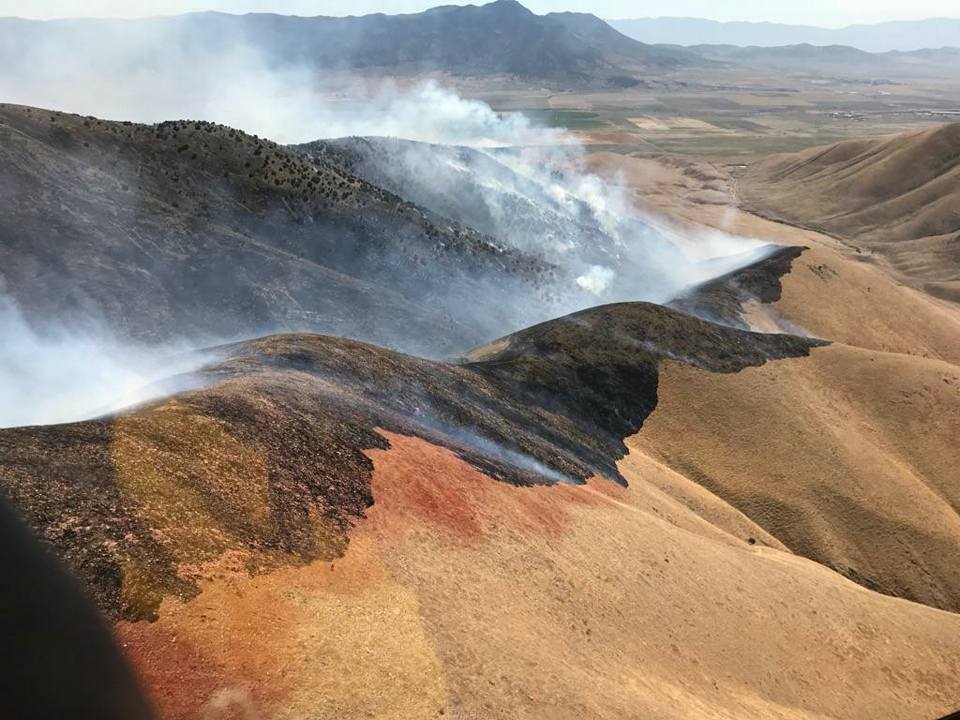 BOX ELDER COUNTY, Utah — Firefighters are protecting structures in Box Elder county near the Idaho border as the Rough Canyon Fire has grown to more than 3,000 acres Thursday afternoon.

As of about noon, the blaze has burned an estimated 3,144 acres.

There is no containment on the fire at this point, and firefighters say the blaze is human caused.

Firefighters have implemented “structure protection” for the town of Portage and three nearby cabins. Portage is a small town in Box Elder County near the Idaho border.

“At this time there’s no residential evacuations, we do have structures threatened in the Portage Canyon area, which we have structure engines on for protection,” said Ken Mathys, Operations Section Chief for the Division of Natural Resources. “We’ve ordered more ground resources as of this morning and more air resources.”

Mathys said about 100 personnel are on scene fighting the fire along with three dozers and some air resources.

“Primary objective is to keep the fire out of the town of Portage and west and south of the Portage Canyon road and north of the Broadmouth area,” Mathys said.

According to the Great Basin Coordination Center, the fire just west of Portage was discovered shortly before 3:30 p.m. Wednesday.

An investigator is on scene and will determine just how the fire started.

Two bulldozers, a road grader, four single-engine tankers, and a helicopter all responded to the scene, and water and fire-retardant drops were underway Wednesday evening.

Crews from Portage, Plymouth, Fielding, Garland, Tremonton, Box Elder County, the US Forest Service, and Utah Division of Fire Forestry and State Lands on scene, according to a news release from Mitch Zundel, public information officer for Box Elder County.