What we know about the Annapolis newspaper shooting 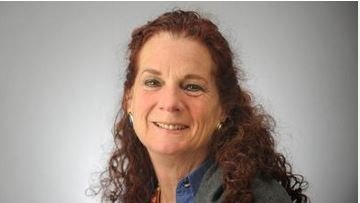 Five people were killed in a shooting inside the newsroom at the Capital Gazette, one of America’s oldest newspapers, in Annapolis, Maryland.

Here’s what we know so far about Thursday’s attack, which also sent three other people to hospitals:

The five victims were employees of the Capital Gazette, authorities said:

Hiaasen, 59, an editor and columnist, was the first victim publicly identified. The brother of best-selling author and journalist Carl Hiaasen, he was a feature writer at The Baltimore Sun for 15 years before moving to the Gazette in 2010 as an assistant editor.

Two people with minor injuries were taken to Anne Arundel Medical Center in Annapolis. They did not suffer gunshot wounds, and one was released from the hospital, spokeswoman Loren Farquhar said. The other patient was expected to be released late Thursday.

A third person was transported to the University of Maryland Medical Center in Baltimore. No information was provided on the victim’s condition or injuries.

Jarrod Warren Ramos has been charged with five counts of first-degree murder, according to court records.

Police are searching an address associated with his name, law enforcement officials told CNN. He was found hiding under a desk in the building, Anne Arundel County Executive Steven Schuh said.

Ramos, 38, was scheduled to have a bail hearing Friday in Annapolis.

Ramos has a connection to the paper, the sources said. He filed a defamation claim in 2012 against the paper, but the case was dismissed.

They believe he had some interaction with an executive at the newspaper previously, one of the sources said. The source cautioned that this information is preliminary, and the investigation is just beginning.

The shooting was a targeted attack on the newspaper intended to cause harm, said William Krampf, acting chief of the Anne Arundel County police.

Threats of violence were made over social media to the newspaper, some as recently as Thursday, he said.

What we don’t know: Why the newspaper was targeted, or who sent the threats.

A long gun was used in the shooting, officials said, indicating it may have been a shotgun.

What we don’t know: Was the long gun the only weapon the suspect allegedly intended to use? And what’s the significance of a bag found outside the building containing multiple gas cans?

Correction: A previous version of this story incorrectly spelled the name of Loren Farquhar.