ENOCH, Utah – A pickup truck hauling a trailer went off of Interstate 15 Sunday morning and crashed into the Valley Bible Church, killing the driver.

Police say he may have suffered a medical condition.

St. George News reports the driver was pronounced dead at the scene.

Utah Highway Patrol says they responded to the incident around 6:50 a.m..

“The truck and trailer went through the fences. The trailer then detached from the truck and became stuck in some fence. That truck continued forward and crashed into the back of the Valley Bible Church,” he added.

According to St. Gorge News, despite responders giving CPR he passed away.

An investigation is still underway into what may have caused the crash, but investigators say they need to wait for the autopsy report to know whether or not a medical condition was to blame.

Two other passengers were in the truck, UHP said they escaped without injury.

You can find the original story at St.GeorgeNews.com 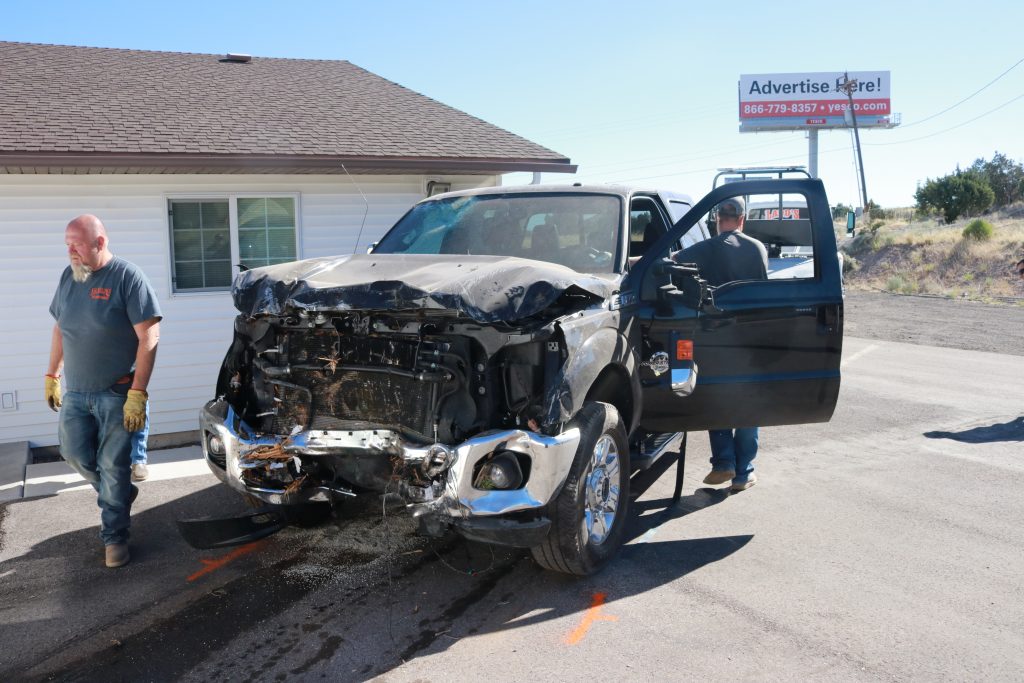