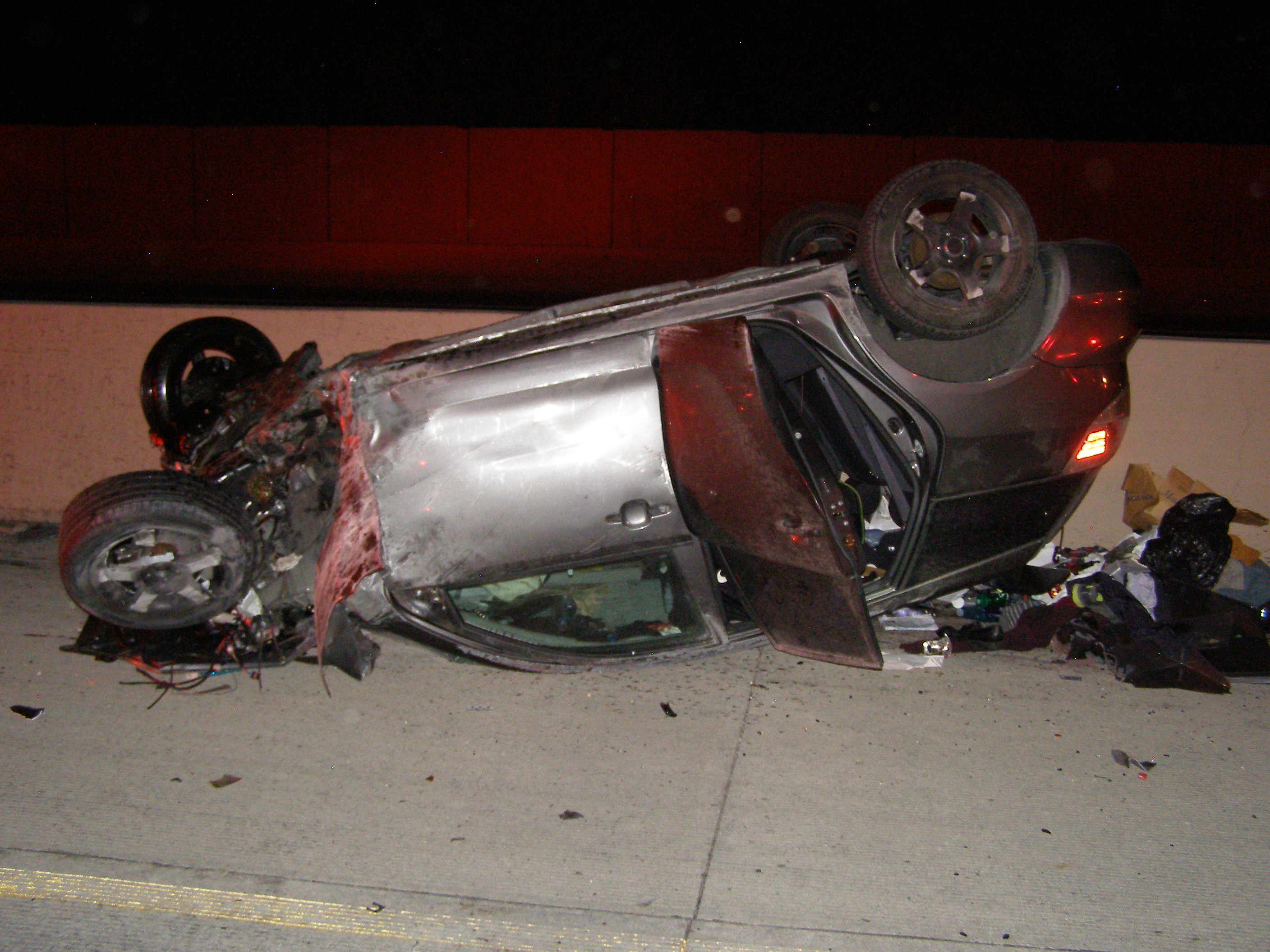 SOUTH SALT LAKE, Utah — One person was taken to a hospital after a crash on I-80 that troopers say was likely a result of drowsy driving.

According to the Utah Highway Patrol, the crash occurred around 4:30 a.m. Tuesday on I-80 near 400 East as a driver traveled eastbound.

Police believe the driver fell asleep at the wheel, and the vehicle drifted to the right and struck a concrete barrier. The impact caused the vehicle to roll, and it came to rest on its top in one of the travel lanes.

A semi truck traveling eastbound in the same area was unable to avoid the damaged car, and the semi clipped the corner of the other vehicle. That impact sent the car into the concrete barrier on the left side of the road and caused significant damage to the semi.

The driver of the car, identified as 28-year-old Aaron Chandler of Sandy, suffered broken bones and other injuries not considered life-threatening. The man was transported to a Salt Lake City hospital.

“UHP would encourage all drivers to remember that drowsy driving is just as dangerous as drunk driving,” Troopers wrote in the press release. “If you are tired, please exit the freeway, pull over in a safe place, and get some rest. It is always better to arrive a little late than to take an unexpected trip to the hospital.”