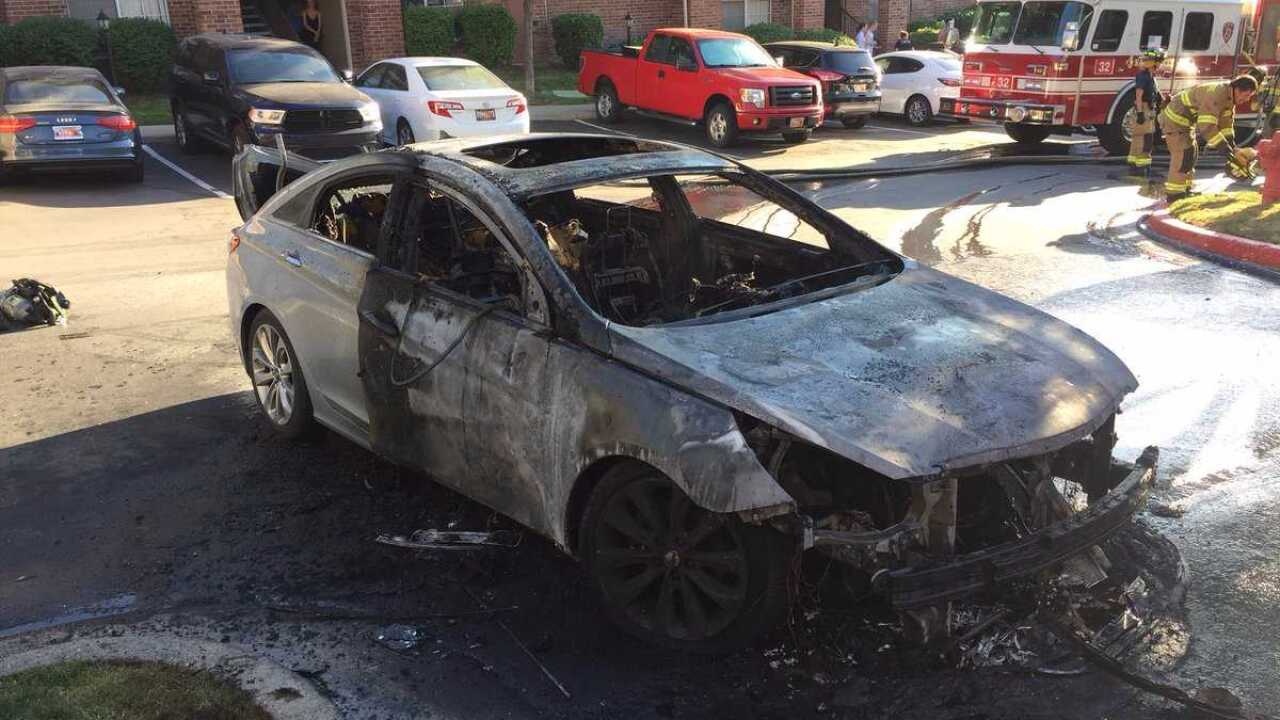 Eric Holmes with Unified Fire Authority (UFA) said the fire was first reported as threatening nearby structures, and as a result, the full alarm fire was called.

A Sandy fire crew was first on the scene and put the car fire out quickly, UFA said. The full alarm fire was then canceled.

No injuries were reported as a result of the fire.

UHP said the cause of the fire is unknown. Investigators are not being dispatched because the dollar value of damage to the car wasn’t high enough.